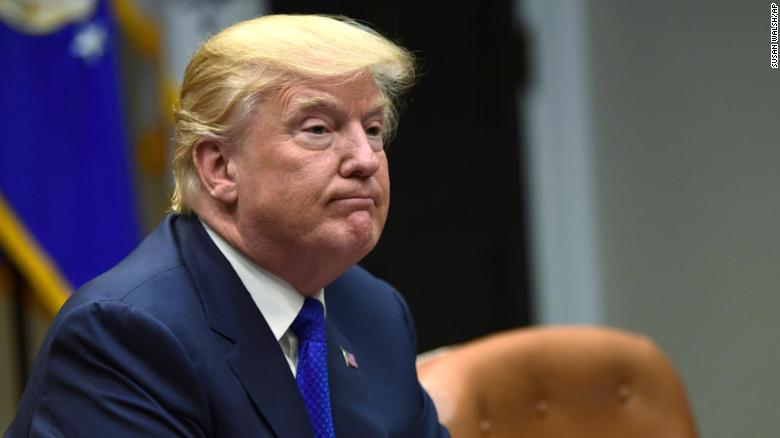 I just want to highlight how crazy it is for Trump to attack the FBI:

President Donald Trump spent the weekend firing off tweets that took aim at the Department of Justice and the FBI in the wake of the guilty plea by his former national security adviser, Michael Flynn.

"I had to fire General Flynn because he lied to the Vice President and the FBI," Trump tweetedSaturday morning. "He has pled guilty to those lies. It is a shame because his actions during the transition were lawful. There was nothing to hide!"

The tweet raised questions as to whether Trump knew Flynn had lied to the FBI when he fired him in February. And on Sunday, Trump's personal lawyer, John Dowd, said he was the person who drafted it.

Flynn pleaded guilty Friday to lying to the FBI about conversations with Russia's ambassador during the transition and disclosed that he is cooperating with the special counsel's office in its Russia investigation.

The President also zeroed-in on the FBI and the Justice Department for not being harsher in its investigation of presidential candidate Hillary Clinton's handling of emails while secretary of state.

"So General Flynn lies to the FBI and his life is destroyed, while Crooked Hillary Clinton, on that now famous FBI holiday 'interrogation' with no swearing in and no recording, lies many times...and nothing happens to her?" Trump tweeted. "Rigged system, or just a double standard?"

Trump positioned himself as the "law and order" candidate because he had a natural constituency in the nation's population of right-wing sheriffs and in the Federal government's own police state agencies. He's popular in the border control community (the wall hasn't been built yet, right?) and he's the favorite son of the ICE crowd (separating children from mothers is good for morale, or so I hear). In one fell swoop, he abandoned them because of the collapse of the firewall between himself and Russia. In his mind, he probably thought that putting his own guy in charge at the FBI would save him.

There is now no reason whatsoever for these groups to support Trump, and yet they will because nothing else is palatable. Never mind that there are no Democrats trying to cut their funding and hold hearings on their abuses of power, which have been so well documented in recent months that you can't even begin to imagine what would happen if, for example, ICE came under the full scrutiny of a Democratically-controlled Congress. You'd have a hard time convincing me that bringing in witnesses to describe the horror of watching their families torn apart wouldn't sway public opinion. It would lead to resignations and horror and it would destabilize the way these agencies operate (which, under ever previous president, was actually awful in many ways but not as horrible as right now).

There's a lot the FBI should be doing right now. With Flynn cooperating with the Special Counsel, there is nothing left to guard Trump's exposed flank. The FBI is the reason why this is so. The lengths that Trump was willing to go to in order to save Flynn cost James Comey his job. This led to Robert Mueller being brought in to sort everything out. There aren't  two living men who are more popular than Comey and Mueller within the ranks of the FBI. It's a shame that Trump couldn't find a single lawyer with the skill and experience to examine this fact and then find a way to extricate him from this mess. A savvier person would have taken Trump's phone away from him in February and would have walled him off from the Department of Justice. You can always be certain that Trump will lurch in the direction only a complete and utter dumbass would go.

Christopher Wray is clearly not the firewall Trump expected. It's a good thing Trump doesn't know how things work. If he did, we'd be looking at a protracted battle. As it is, this thing could be finished in weeks, especially since Trump is bound and determined to confess all of his crimes on Twitter.

If you want to get inside baseball, all reasonable people have to concede that this failure to control Trump early on was the gift that kept on giving for the FBI's counterintelligence personnel. At this point, I would be willing to bet that there is evidence of clumsy back channel communication between all the players involved and their desperate handlers in Moscow that we don't even know about yet. Yes, we have incredible perspective on how things look right now; imagine how it will look in 10 years when we have the declassified original source material to look at.

There are a number of agents in the New York City field office of the FBI who are probably wondering why they ended up in Trump's crosshairs today. They were all-in on a Trump presidency and now they're being dumped into a heap with everyone trying to claw their way through the incredible tangle of connections between Trump and Russia. For them, being attacked by their guy has to feel like a kind of disloyalty of some kind. Almost like when someone betrays their country, maybe?

A law and order president gets the FBI on his side, first and foremost, and then he goes after everyone who dissents. The FBI is uniquely positioned to ferret out each and every American in cahoots with a foreign entity. They cut their teeth on this in the 1960s when radical extremists set off bombs in order to protest the Vietnam War. Yes, it gave us COINTELPRO and evidence of monstrous crimes committed at the behest of J. Edgar Hoover. But this is the new look FBI, created in the image of Comey and Mueller. They can quash dissent within the framework of the laws Congress created under the Patriot Act. They can take out the Little Sisters of the Poor any time they want.

Trump went to war with these people. When they are done with him, a hundred people or more will probably be in Federal prisons all throughout the land. Agents will celebrate their promotions, awards will be handed out, and traitors will have their own permanent Wikipedia pages for all to stumble upon.

There's your law and order president now, being wheeled into the Federal Pen in Rochester, Minnesota (I would imagine Trump would have to be housed in a minimum security facility in order to separate him from the Russians who own him and the New York City prosecutors who are going to have to spend the next twenty years figuring out who owns what in Manhattan). His room will be down the hall from noted pedophile Dennis Hastert. They can get together in the common area and talk about how the bulletproof cars in Washington D.C. always smelled like flopsweat and panic.