They're Spending Millions and Millions of Dollars 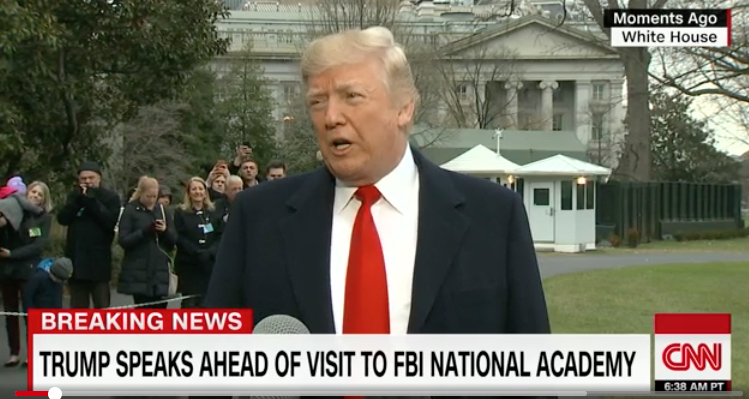 America's butt-hurt President expresses outrage that someone is spending money to convict the people he thought were going to help him steal from the American people:

Even presidents aren't immune to some holiday stress. With a bruising week nearly over, President Donald Trump sought to let off steam Friday.

From the moment he stepped onto the frozen White House South Lawn with a frown just after 9 a.m., Trump maintained a steady flow of indignation, lashing out at the Russia investigation, urban violence, unchecked immigration, the news media and decisions made by his predecessor Barack Obama, all within a single two-hour span.

"It's a shame what happened with the FBI," Trump told reporters gathered in scattered flurries to watch him depart aboard Marine One. "It is very sad."

"They're spending millions and millions of dollars," he bemoaned of the special counsel's Russia investigators, which have been steadily interviewing members of his staff over the past several months. "There is absolutely no collusion."

The man whose inability to stop spending taxpayer dollars to go to his own properties to play round after round of golf is lamenting the fact that "millions" are being spent to catch the incompetent thieves he elevated to the national stage. This president cannot be shamed by anything. He is so detached from reality that it's a wonder he didn't flap his arms and fly off to torment those poor FBI graduates like some demented bird made out of fake feathers and bullshit.

Unlike the phony-baloney Benghazi investigation, Special Counsel Robert Mueller has two people who have pled guilty to crimes in the bag and two others indicted; he has two cooperating witnesses in his investigation. He's running the table. He has warrants, sealed indictments, and everything Michael Flynn can deliver.

Trump has what? Trump has nothing. No legitimacy, no political capital, and no chance of escaping.

Can you see the panic in his eyes? How can you miss it?