There's a Club and You're Not In It 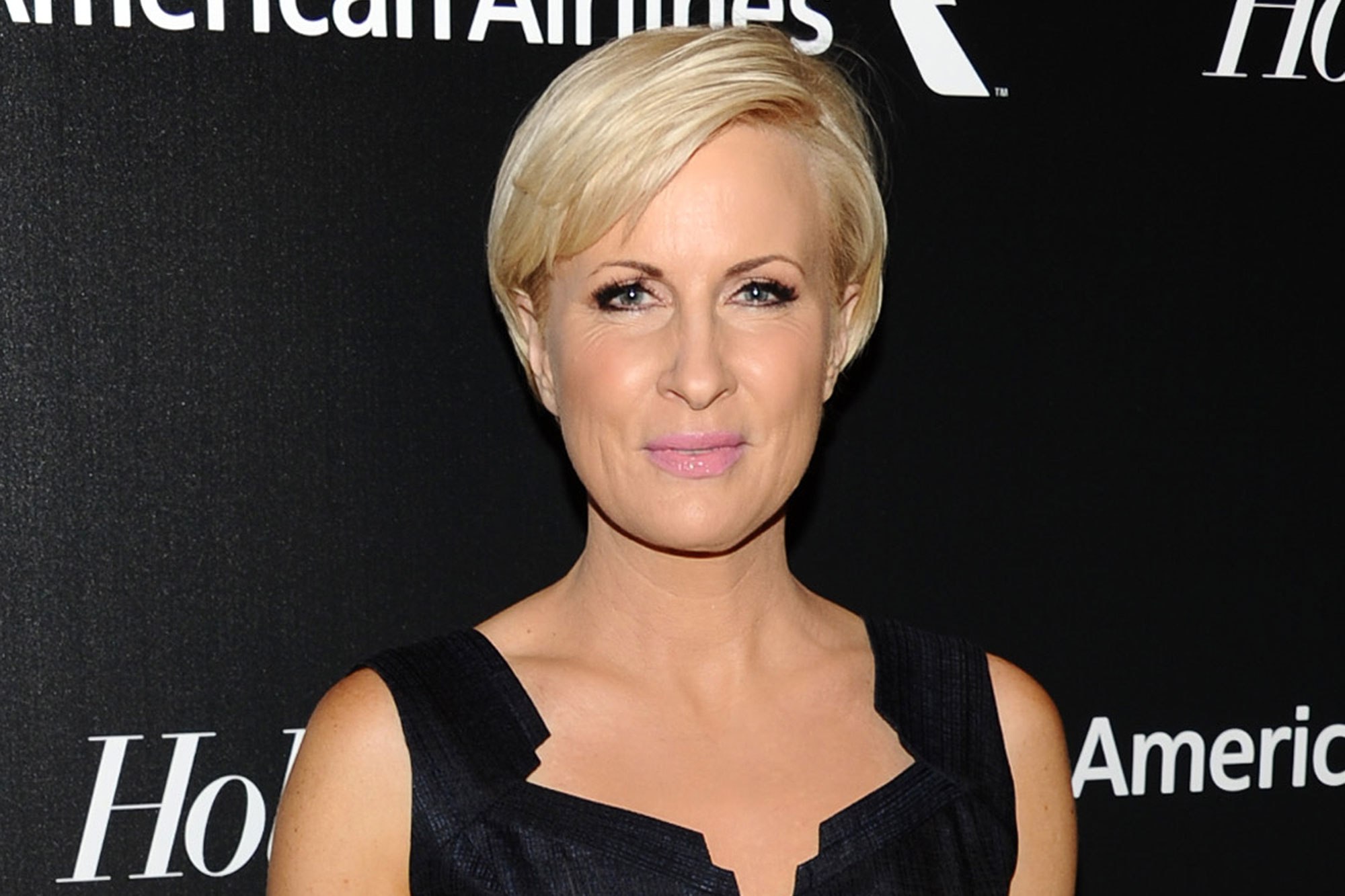 I've given up on the notion that Mika Brzezinksi is ever going to be held accountable for any of the horrible things she says on television:

MSNBC host Mika Brzezinski apologized Friday evening after she angered some of the women who had accused veteran journalist Mark Halperin of sexual harassment or assault with comments she made earlier in the day on "Morning Joe."

"We have been trying our best on Morning Joe to have an honest conversation about sexual harassment and sexual assault," Brzezinski said in a statement. "The issue has hit close to home given that Mark Halperin was on our show. I have spent a lot of time talking to some of his accusers and to Mark himself. Often I bring up the issue on our show because I think it would be less than genuine to talk about the growing number of cases without recognizing that a former member of our team acted very badly."

"In our discussion about sexual harassment this morning, I said some things that hurt people," she added. "In the case of Mark, my goal today was to start a conversation about hearing from the men whenever we can, but I realize that it is not my place. It isn't my call to make, and for that I am truly sorry. As a victim of sexual assault, I understand that each individual's case is different. This is up to the victims, some of whom I've been in contact with. My hope is for all of us to come together to support the brave women who speak out and help make workplaces safer as we continue this difficult conversation in the months and years ahead."

Really, what she's lamenting is the absence of Halperin because he used his elite status to share political beliefs that helped people like Brzezinski feel superior to everyone. She and whatever Joe Scarborough thinks he is these days are desperate to be perceived as the elite of political thought in this country. No one watches their show but their show exists because someone at MSNBC thinks they have to occupy this space in the discussion. None of these people are influential or talented.

a few days later on Morning Joe, after more women started to come and say Trump had done those things to them, Halperin remained “skeptical.” At the second general election debate, Anderson Cooper repeatedly asked Trump if he had actually done the things he boasted about in the video, ultimately getting a denial out of the candidate. 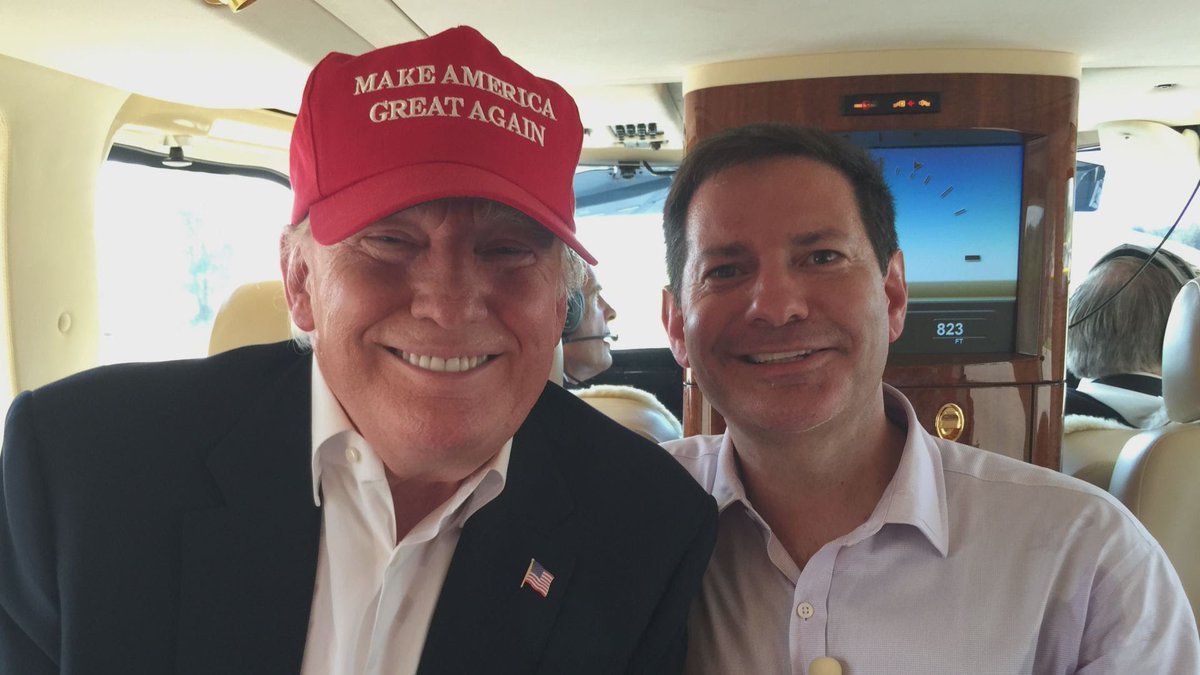 While Halperin acknowledged that “a lot of the women who have coming forward now are coming forward in reaction to what he said to Anderson Cooper,” he added, “we should be skeptical and question the timing,” given that the election was only a few weeks away.

And whereas Halperin always seemed eager to let Trump off the hook for his history of sexual misconduct, he did not extend the same courtesy to former President Bill Clinton. He practically predicted the “stunt” that Trump pulled on the eve of that October debate when he trotted out a group of Clinton accusers in front of the press.

For months, Halperin used their show to cast doubt on charges that Trump was a serial sexual harasser while knowing full well that he, himself was sexually harassing women. Brzezinski claims to be someone who cares about that subject and, yet, she defends Halperin, even after everything that has come out?

Morning Joe isn't a show. It's one big circle jerk. They all belong to an elite club and old pal Halperin can't show up for the meetings anymore. It's a vicious cycle--our elites want to be assured that what they're telling us is right and they require the presence of individuals like Halperin to reinforce their horrible opinions about how things should be. Never mind no one tunes in. Never mind that the groundbreaking shows are being hosted by the likes of Joy Reid and Rachel Maddow. MSNBC's conservative executives want to have a show on that reminds them of what it feels like to be an insider. Halperin was the insider's insider, and he was an absolute shitheel of a human being. How inconvenient for those who sought his approval.

In her comments, Mika was pretty clear about what she thought of the women who took Halperin away. They should have imagined themselves as wealthy and powerful individuals who couldn't be fired (like her!) and they should have had a chummy talk about how they didn't want to be sexually assaulted. That would have solved everything and it would have meant that Halperin could keep coming on TV to say ridiculous things about American politics.

Here's how we can "start a conversation." For all men, remember that no woman needs to tolerate you being creepy. Keep your Goddamned hands to yourself. If you feel the need to use your position to pressure someone below you in the organizational chart to have sex with you, go ahead and resign now so no one has to go through the motions of firing you. Be a decent human being for a change. Deal with your crippling sex issues. Get some help. Quit thinking the world owes you anything because you can't stop being a pervert.

UPDATE: This is one hell of a condemnation:

"As journalists and as victims of sexual assault we vehemently disagree with Mika Brzezinski’s inappropriate comments on MSNBC's "Morning Joe" today.

Ms. Brzezinski suggested that women who were assaulted by Mark Halperin owe him an opportunity to meet with him in person so that he can 'apologize face-to-face.'

Sexual harassment and assault is illegal in the workplace, and represents a violation of the policies and standards of NBC News. It is an unethical and harmful request to ask that sexual assault victims confront their accusers in person.

Ms. Brzezinski pointed out that Mark Halperin should have a chance to “validate the truth.” If Mr. Halperin feels genuine remorse and wants to apologize, or otherwise try to repair the substantial damage he has done he can do so in the public domain, through the full acknowledgement of his wrongdoing and an honest account of his departure from ABC News.

To unveil Mr. Halperin’s transgressions over three decades required the hard work and professionalism of the same press that holds politicians and world leaders to account. Each one of the cases that have surfaced in the press has been fact-checked and backed up by contemporaneous sources.

We would ask for Ms. Brzezinski for higher standards of editorial judgment, compassion and human decency.

Ms. Brezinski and her cohost, Joe Scarborough, have a long-standing personal friendship with Mark Halperin which appears to be shaping their position on his case.

MSNBC’s air time should not be used as a platform for the one-sided rehabilitation of Mr. Halperin’s reputation or career.

Through his well-documented actions Mr. Halperin has demonstrated that he is unfit for the senior roles he held in our profession and in the public discourse.

We applaud NBC’s decision to terminate its professional relationship with him as a result."