The Tortured and Embarrassing Logic of the President 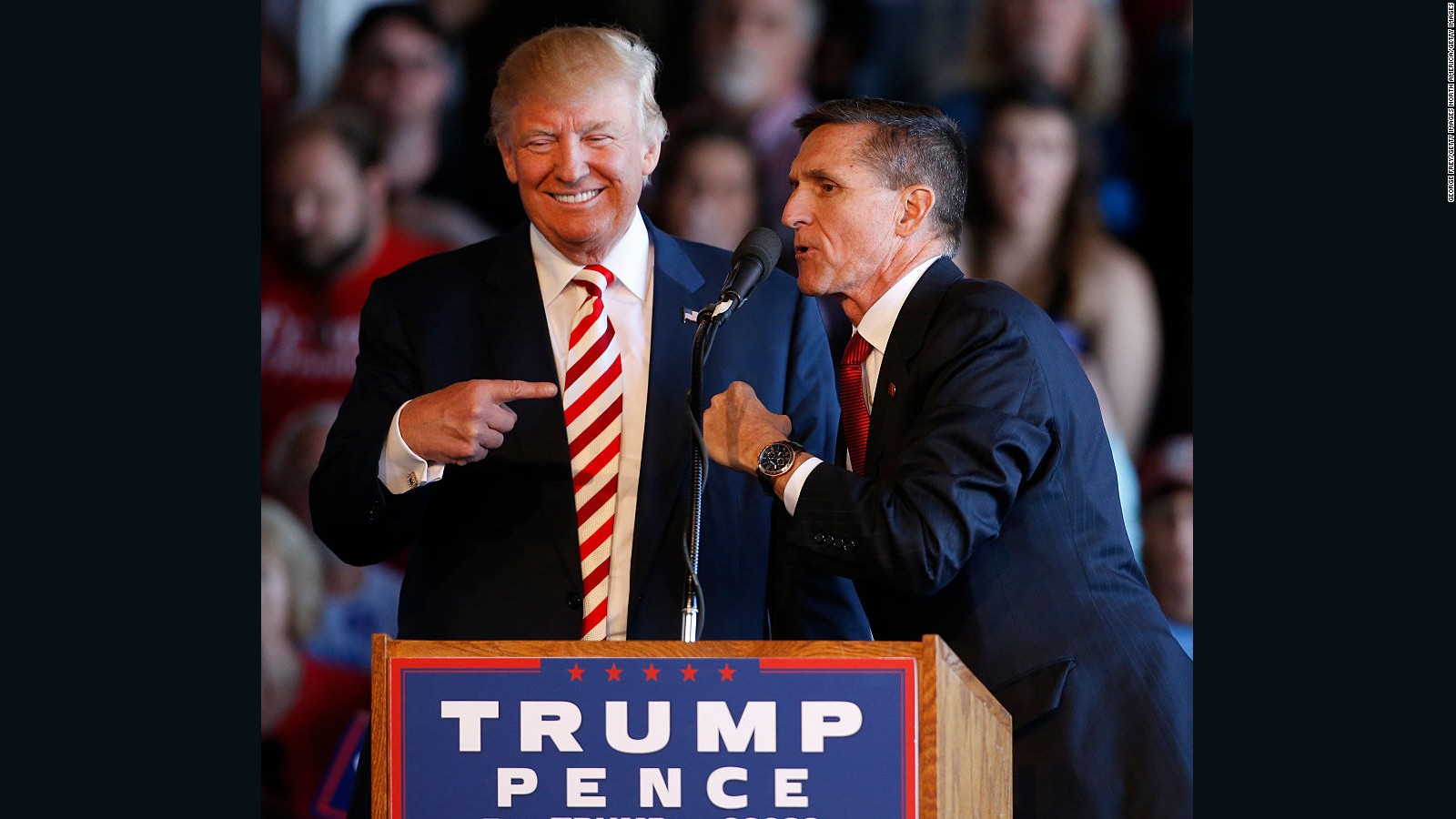 I'm sorry, but this will make your brain hurt.

Trump in February 2017: He didn't do anything wrong.

Trump defended Flynn in February 2017, saying, “I don’t think he did anything wrong. If anything, he did something right… He was just doing his job. The thing is, he didn’t tell our Vice President properly and then he said he didn’t remember.”

In May, Trump sounded a slightly more defensive note, pointing out that Flynn also worked for President Obama. “General Flynn was given the highest security clearance by the Obama Administration – but the Fake News seldom likes talking about that,” Trump tweeted.

Trump in December 2017: What is this "Obstruction of Justice" think I keep hearing about? 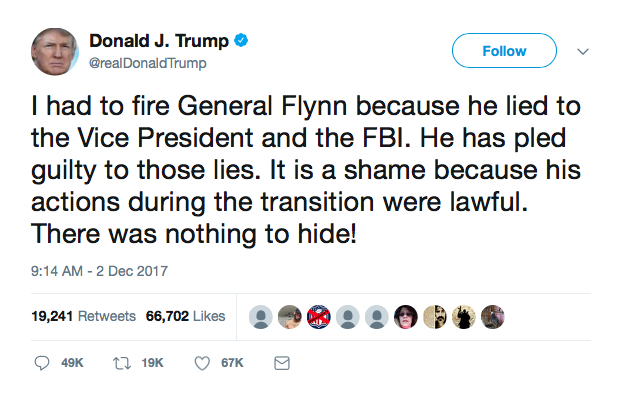 Michael T. Flynn, the national security adviser, resigned on Monday night after it was revealed that he had misled Vice President Mike Pence and other top White House officials about his conversations with the Russian ambassador to the United States.

Mr. Flynn, who served in the job for less than a month, said he had given “incomplete information” regarding a telephone call he had with the ambassador in late December about American sanctions against Russia, weeks before President Trump’s inauguration. Mr. Flynn previously had denied that he had any substantive conversations with Ambassador Sergey I. Kislyak, and Mr. Pence repeated that claim in television interviews as recently as this month.

In his resignation letter, which the White House emailed to reporters, Mr. Flynn said he had held numerous calls with foreign officials during the transition. “Unfortunately, because of the fast pace of events, I inadvertently briefed the vice president-elect and others with incomplete information regarding my phone calls with the Russian ambassador,” he wrote. “I have sincerely apologized to the president and the vice president, and they have accepted my apology.”

“I am tendering my resignation, honored to have served our nation and the American people in such a distinguished way,” Mr. Flynn wrote.

How do you even know what the truth is anymore?

I'm starting to think that Trump believes that the things that happen each day are not recorded or remembered and that every day is a new day with new facts and new realities and nothing that happened before is real because shut up, that's why.