The Racists in Your Back Yard 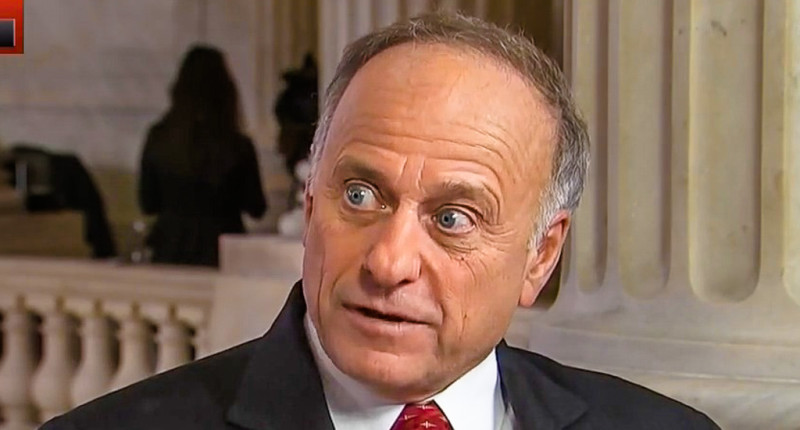 It's one thing for Iowa radio station KIOW to fire some old timer and his producer for being idiots. It's quite another thing for them to give Representative Steve King his own show on their station every week.

So, kudos to KIOW for firing these two clowns. The real problem is their continued legitimization of Steve King's blatant racism by providing him a forum to spread his ideas:

An Iowa radio station has fired two employees after they made racist comments about high school basketball players that aired on a school website, CBS affiliate KIMT-TV reports.

A female producer and Orin Harris, the longtime voice of Forest City athletics, made the comments in November during a game between Forest City High School and Eagle Grove High School. 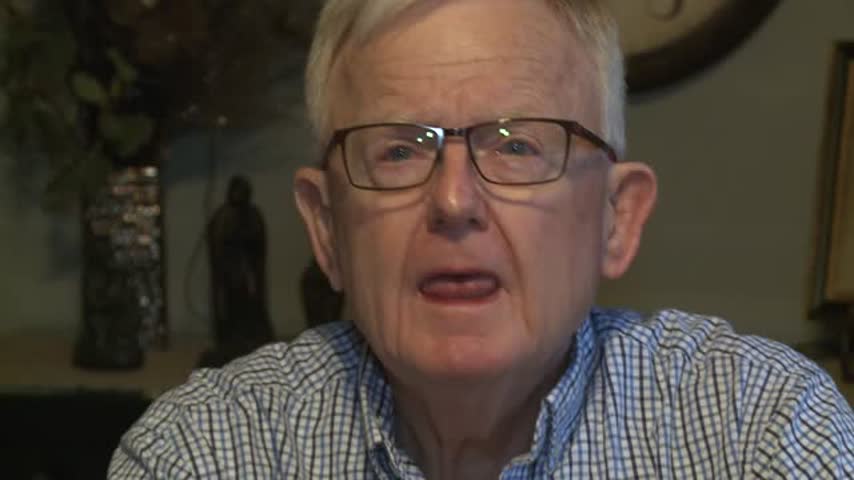 "They have a lot of Español people in Eagle Grove," Harris said while listing names of players he thought were Hispanic. "They're all foreigners," Harris and the producer said.

"As [President] Trump would say, go back where they came from," Harris said.

KIOW-FM radio announced the firing of Harris and the producer on Monday after viewers complained and posted the footage to Facebook. "These comments were deplorable, and the staff and management of KIOW in no way condones or supports these comments," the station said.

There isn't anything in their remarks that wouldn't sound out of place coming directly out of their own congressman's mouth. There's very little separation between their expressed sentiments against kids--and, remember, we're talking about kids playing high school basketball--and what King has said about people of color.  The casual, dehumanizing opinions of those two buffoons are as ugly as anything you're going to hear when King gets a whiff of a microphone.

The Republican congressman from Iowa is the man who said in 2013 that while some children brought to the U.S. illegally were good kids, there were others“who weigh 130 pounds and they’ve got calves the size of cantaloupes because they’re hauling 75 pounds of marijuana across the desert.”

That may have been his most famous moment, but it was hardly alone. He called Barack Obama “Kim Jong POTUS.” He disregarded abuses at Abu Ghraib prison as “hazing.” He argued, without any evidence, that Hillary Clinton aide Huma Abedin had dangerous connections to the Muslim Brotherhood. The litany could continue, but it won’t, because a quick Google search produces many lists of outrageous King comments. The trail goes back at least as far as 2003, when he first joined the House, and has been consistent ever since.

As a "public service," KIOW gives King all the access to his constituents that he wants. This is nothing less than a tacit endorsement of his positions, his opinions, and the policies he supports as a member of Congress.

This is why who you vote for and who represents your community is so important. The outcry was enough to move many, many people to do the right thing, and they did it quickly and decisively.

We should support the people in King's district who have tried to do the right thing and fight back against his xenophobia and racism. KIOW deserves a boycott for their continued support of racism and intolerance. When two of their own were caught making indefensible remarks, they cut them loose. On the issue of King, silence. One thing I can guarantee you is that, like clockwork, they will continue to take King's money and run his ads. Whatever lets you sleep at night, I guess.

When a company supports King's toxic racism, it should start costing them money.