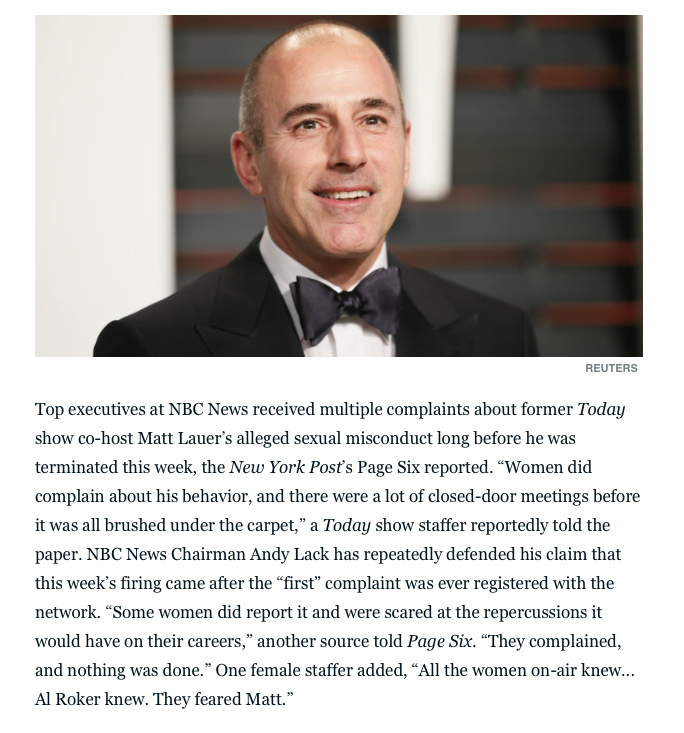 Matt Lauer is America's scumbag, a shitty media man who will symbolize how awful things were during the first 17 years of the 21st Century.

If there's one thing I've noticed since he was fired, it is this. He is not missed, is he? The obligatory statements have been made. Who cares what happens to him? No one. The entire institution of NBC News is a rotten thing, and my hope is that the decent people who work there right now are able to get out while they can.

The only person who should take over for Lauer is Rachel Maddow, and that will never happen. But Maddow is uniquely qualified to helm this incredibly important new organization's most visible time slot. It would reinvigorate the entire industry for her to switch to the morning show and start delivering substance and information. She has the credibility and the focus to make it an amazing broadcast. She would radically reset the table and restore a vast amount of respectability to NBC News. This is, of course, why they'll never give her the job she deserves.