Republicans Want to Punish You if You Lose Everything 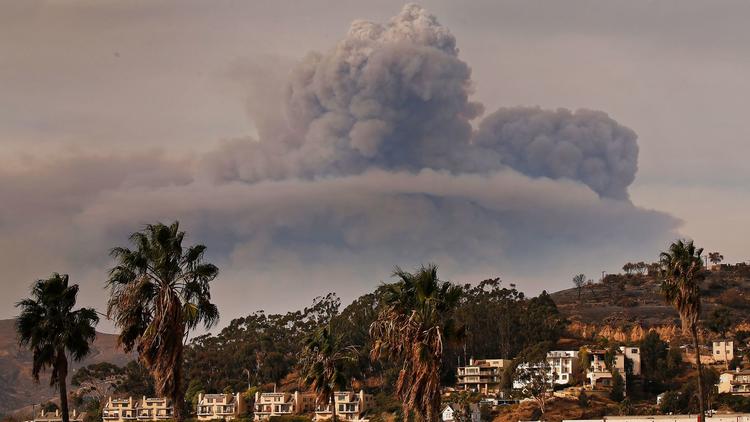 California is about as anti-Republican as a state can get these days, and Trumpism is certainly not going to save what few members of Congress are left in the GOP. The state sends 53 representatives to the House; 14 of them are Republicans, and a blue wave in 2018 is going to cost at least half of them their seats. They are an endangered species on the West Coast right now. Someday, the only place you'll be able to find a California Republican is in a museum.

You would think that they would try to save those seats and maybe try to win back a few more. You would be wrong:

The Thomas fire that started in Ventura County one week ago has pushed into Santa Barbara County, forcing evacuations in the coastal communities of Carpinteria and Montecito. With at least 230,000 acres burned, the wildfire is among the five largest in modern California history, and has destroyed more than 750 buildings. Santa Ana winds and dry conditions have continued to bedevil crews battling the fire, which sent up a plume of smoke visible in downtown L.A. and beyond. When Gov. Jerry Brown surveyed the devastation, he expressed sympathy for the victims but also warned that, given climate change, this is “the new normal.” Meanwhile, 3,000 miles away, Republicans in Congress are planning to limit taxpayers’ ability to write off losses from wildfires and other disasters.

This is not just a California thing either, it's a national issue. If anything, the GOP should be looking to cushion the blow of natural disasters. Apparently, when you're owned by billionaires, you have to look for any way possible to screw the little people, even if it means destroying their chances of getting a little tax relief after losing everything they own.