Marco Rubio is Running For President 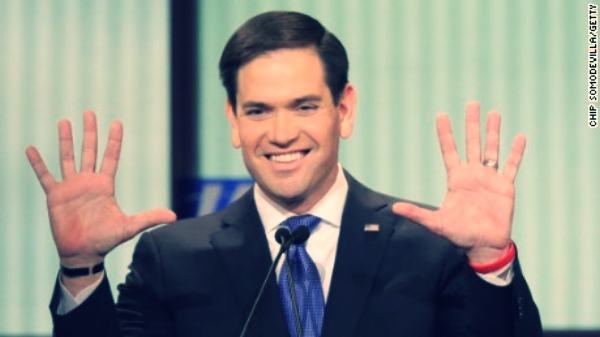 This is how you know that Senator Marco Rubio is going to run for President in 2020:

Sen. Marco Rubio, a Republican from Florida, told congressional leadership that he will not support the latest version of the GOP tax bill if the legislation doesn't make the child tax credit more generous.

"I've been pretty consistent in my communications on this issue and that is I want us to see the refundable portion of the child tax credit increased from its current number," Rubio told reporters on Capitol Hill on Thursday. "If it stays at $1,100, I'm a 'no.' Let's hope it doesn't."

First reported by The Washington Post on Thursday, Rubio is a potential problem as the Senate GOP prepares to bring a tax bill to the floor for a vote next week.

Rubio is positioning himself to be the GOP's acceptable alternative to all things Trump-related. It's a smart play. Break with Trump now and hope people have a short memory or ride the lightning all the way into electoral oblivion. Someone has to run in 2020, so why not Rubio?

It's not like there are any other options. Rubio doesn't care about children. If he did, would he really be a Republican in the first place?