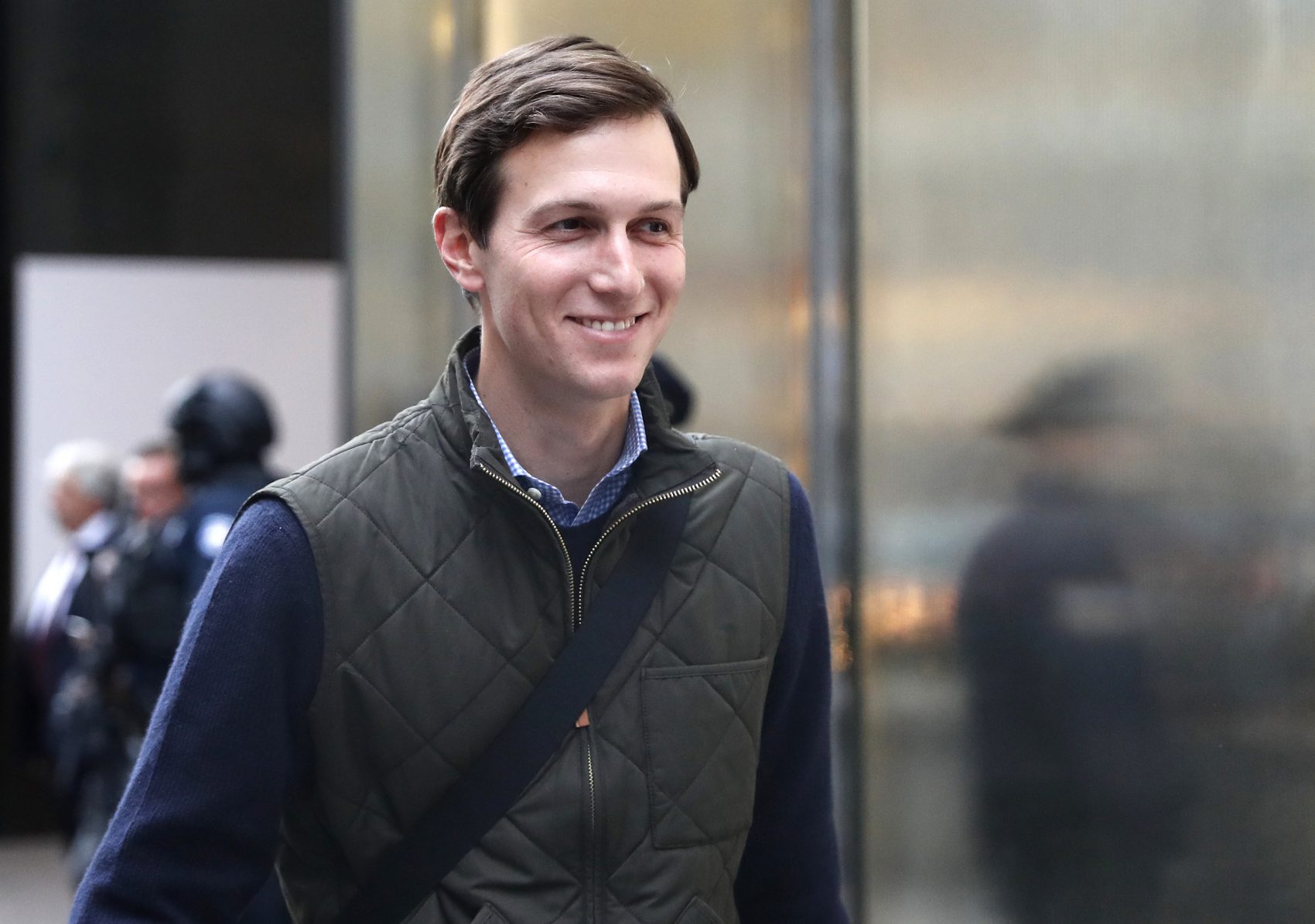 Why do I get the feeling that everything is crashing down around this rotten regime?

The apartment company owned by Jared Kushner, senior advisor and son-in-law of President Donald J. Trump, has asked a federal judge in Maryland to hide the names of the firm’s investors to protect them from what it says has been unfair media coverage of a lawsuit filed by Baltimore-area tenants.

“Given the tenor of the media’s reporting of this case, including politically-motivated innuendo no doubt intended to disparage the First Family, there is foreseeable risk of prejudice to the privacy rights and reputations of innocent private investors,” Westminster Management wrote in court papers filed last week.

A judge moved the case to the U.S. District Court of Maryland this month after Westminster invoked a rule that allows such a transfer if the defendants are not residents of or companies in Maryland.

Of course, this is no big deal because Kushner is the son-in-law of a Republican president. If Trump were a Democrat, this would be a full-on scandal of Biblical proportions.

It's worth noting that Kushner is, in effect, just another slumlord who isn't going to get away with nickel-and-diming people anymore:

The president of Sage Management said the claims against it were “without merit,” but the company paid tenants in Baltimore nearly $1 million in compensation and debt forgiveness.

Tenants alleged that the company routinely charged late-paying tenants not only the permitted 5 percent penalty but also illegal fees, charges and penalties. They also alleged that the landlord hid “agent fees” by combining them with legitimate court costs.

A Sage representative said at the time the company charged fees to tenants to cover expenses it incurred as a result of tenant delinquencies. The company agreed to forgo such fees in the future.

The Public Justice Center labeled such actions by landlords “fee-churning schemes” that “keep renting families constantly guessing at what they owe in any given month, constantly falling farther ‘behind’ on the landlord’s ledger and constantly facing eviction.”

When tenants fall behind, Kushner's people get rough:

Tenant advocates have accused Kushner’s affiliates in Maryland of being overly aggressive in collection tactics when pursuing allegedly unpaid debts through state courts.

The Baltimore Sun reported in August that Kushner’s affiliates in Maryland have filed at least 1,250 legal actions in the state since 2013 against tenants accused of owing money. Judges have awarded a total of $5.4 million in judgments against tenants who owed an average of $4,400, The Sun’s analysis showed. That includes the alleged original debts, plus lawyers' fees, court costs and interest.

In most of those cases, judges have approved the garnishment of tenants’ wages and property, actions that have helped the Kushner-controlled companies collect $1 million so far, the data showed.

The Sun analyzed data from a searchable database of district court cases compiled by the Maryland Volunteer Lawyers Service.

The Sun also found that the company has been the most aggressive in Maryland in getting judges to order the arrest of people who allegedly owe it money for failing to appear in court.

Since 2013, the first full year in which the Kushner Cos. operated in Maryland, corporate entities affiliated with the firm's 17 apartment complexes in the state have sought the civil arrest of 105 former tenants for failing to appear in court to face allegations of unpaid debt, The Sun found.

That’s more than any other landlord in the state over that time, an analysis of Maryland District Court data shows. Court records show that 20 former Kushner tenants have been detained.

The same amount of mercy is due to Kushner when he begins to "fall behind" on payments on his own properties.

We cannot continue to look the other way when it comes to this stuff. The blatant corruption of Kushner and the rest of this crime syndicate is enough to make your stomach churn.