If You're Against Bernie Sanders, You Will be Banned on Facebook 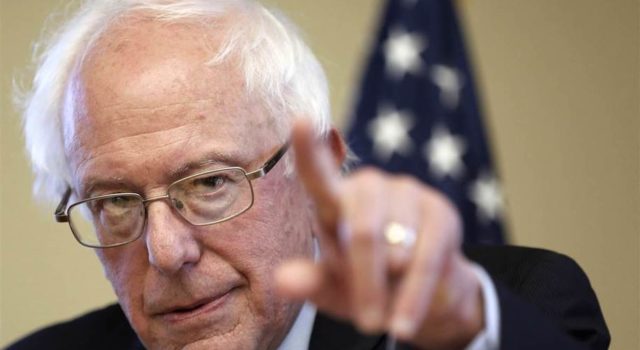 Facebook has me in jail now, so that got me thinking about what keeps putting me there.

Is it because I'm pro-Hillary Clinton? Probably.

Is it because I'm anti-Trump? Well, there are millions of us, so I doubt it.

Is it because I post anti-Bernie Sanders articles? Yep!

Much of what I post to groups is almost instantly liked and re-shared. I have a post that I put up about a month ago about Al Franken. It has over 2,000 likes. How many "Spammers" get that many? I have no idea. It's a strange metric. I don't think it has anything to do with me because it's about an idea that other people may have had and it's something they agree with. I got the likes because they agreed with me. That's because there are great people out there who like the kind of stuff I do. I'm not particularly good at it, but, because people like my take on things, they reward me with likes and re-shares. I post a lot of stuff they don't care about, too. But, every time I think about what's happening, I keep coming back to the fact that I've been doing this for over ten years and I enjoy it. Over that decade, I have stayed small and that's okay. I prefer doing things my way and, apparently, there are plenty of people who agree. I work for them, and I want to reach out to share things with people who are looking for this material, but Facebook thwarts me again and again.

When I go back through my feed, each and every time I've been banned came not long after an anti-Bernie Sanders post. The pro-Bernie people are savvy enough to know that if they mark your stuff as Spam, they'll get it taken down. That's what I'm seeing in my feed and that's why I'm in Facebook jail so much. I was livid when Sanders took credit for what happened in Alabama, and a lot of people responded favorably to my post on that. Somehow, they were just as mad as I was and were kind enough to like what I had to say.

It was because we--you and I--have been right about Sanders since day one.

So, thanks again, Bernie Bitches, and your childish grasp of American politics. I'll be back in less than a week with more anti-Bernie Sanders stories and more stuff for good people to like and comment on. It's the holidays--I always come back with great stuff after a short break anyway.

I have always been here before.