How Strong is Roy Moore's Support? 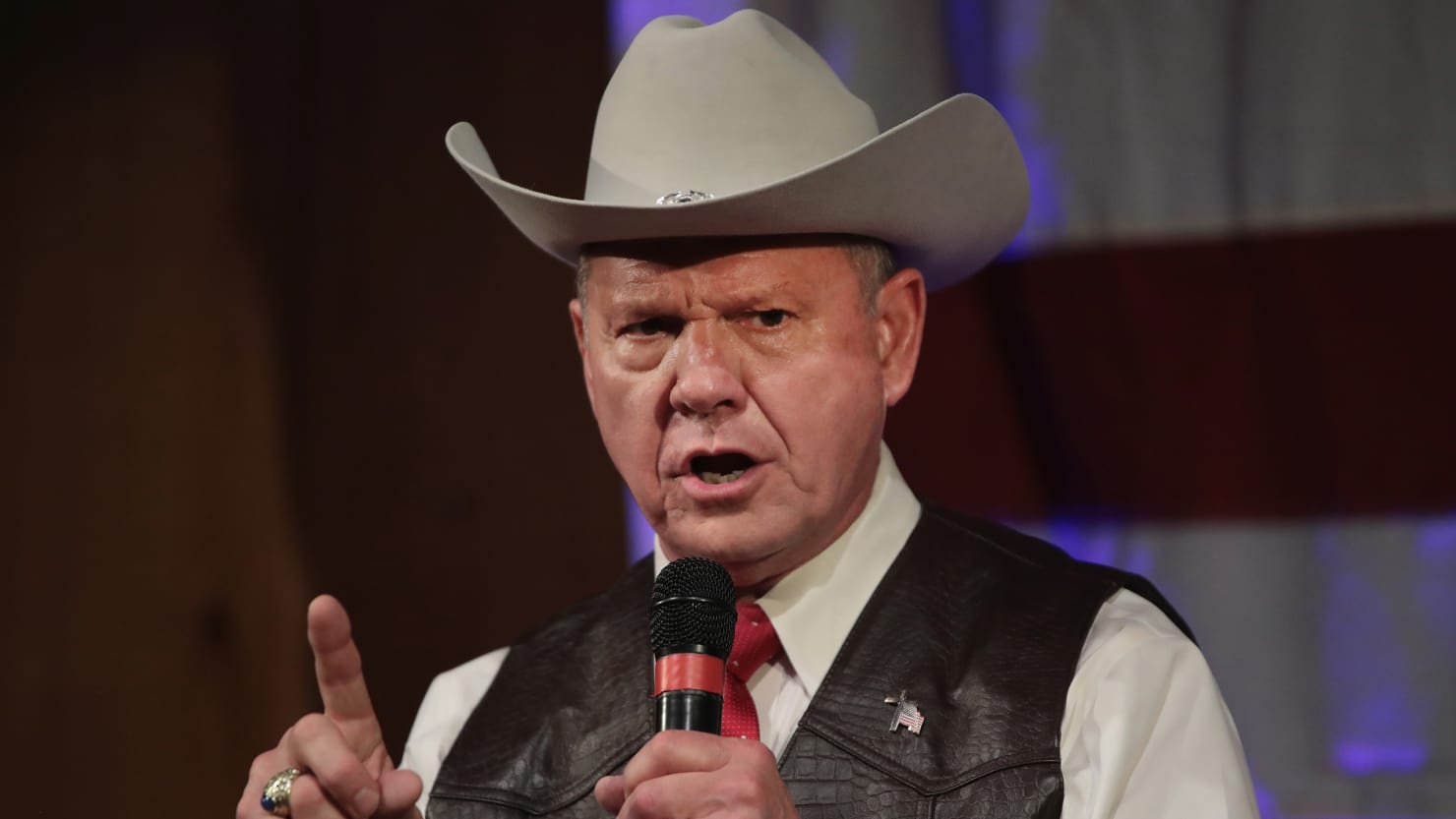 Here's what you can count on next Tuesday when Alabama goes to the polls in the Senate race between Roy Moore and Doug Jones:

Seems trite, I know, but that's why we have President Trump and that's what is keeping the GOP alive right now. If Moore wins, it's because of the discipline of the Republican Party, which, at least in the South, only cares about abortion as an issue.

However, if you look at the particulars of certain polls, and I'm only using one example so that's hardly scientific, you'll see that Moore's support looks soft:

The exclusive poll of 3,200 likely Alabama voters finds if the election were held today, Moore would receive 50% of the vote to Jones with 43%. Four percent of the respondents remain undecided while three percent indicated plans to Write-In a candidate.

I think there are people who are ashamed to say, out loud, that they're going to vote for Moore. The results of this poll are probably more like 52-41 percent. But when you take a look at the polling sample, there's something there that should concern Moore's campaign:

The statewide telephone poll of 3,200 was conducted Monday night between 6:30 p.m. and 8:30 p.m. Those questioned were identified as active registered voters who participated in either the 2016 General Election for president or the 2017 primary for the Alabama Senate seat and must have said "yes" when asked about plans to vote in the December 12th special election. Fifty-nine percent identified themselves as typically voting in the Republican primary and 33% identified themselves as typical Democrat primary voters. Eight percent considered themselves as independent or not typically voting in party primaries. The poll has a margin of error of plus or minus two percentage points.

Let's examine this. Raycom Media is run entirely by the whitest people you've ever seen. They do employ women, so that's something. But this is not a diverse company. I can't tell what their political leanings are, but they do own four Telemundo affiliates. They do offer programming for African-Americans. They have a number of network affiliates from Fox, ABC, CBS, and NBC. I just cannot fathom how their entire lineup of executives could lack any diversity whatsoever. This is wholly unscientific and totally unfair, of course, but, hey, it's 2017.

To show up on the poll, you had to have been home between 6:30PM and 8:30PM. That's a terrible way to conduct any sampling. You are going to miss a significant chunk of the population--like people who work shift (working class Democrats, maybe?) and people who have young girls who participate in cheerleading or sports (probably not Moore voters, either). You are certainly not getting a "random" sampling of people.

Did the pollster ask about Moore's pedophile allegations? Probably not.

Each person responding have to have voted already, so anyone energized to vote against Moore (someone young who was registered to vote recently) is not being counted in this poll.

The respondents are overwhelmingly Republican--a whopping 59-33 disparity. That should give Moore well over 55% of the vote, right off the bat, but it doesn't. It barely gives him 50% if you consider the margin of error. You're essentially spotting Moore a huge lead and it doesn't translate into solid support. If anything, it shows that a lot of Republicans are not prepared to tell a pollster that they are going to vote for him. Whether there's shame involved here, I don't know. Many of those people will probably pull the lever for Moore when they are comfortable in the voting booth and they're certain that no one can see them express approval and support for an alleged pedophile.

It's a terrible sampling of Alabama's energized electorate and it may or may not have one other glaring disparity. Was the poll conducted against landlines versus cellular phones? Older people tend to have landlines and answer them in the early evening, hoping to talk to someone because they are lonely (I'm kidding, of course, but still). Younger people tend to have cell phones and would answer them cautiously because a polling outfit might not show up in their caller ID. That's the thing I can't tell from this poll--was it landline, cellular, or both?

Moore should be beating Jones by fifteen points. He isn't. I hope there's an energized electorate full of newly registered people who only use cell phones and I hope the Democratic Party helps Jones get out the vote. Even if Moore wins, there's hope if the margin of his victory is only a few percentage points. It would demonstrate a massive shift in Red State voting behavior in the Trump era. That might mean flipping some seats in 2018 throughout the South.