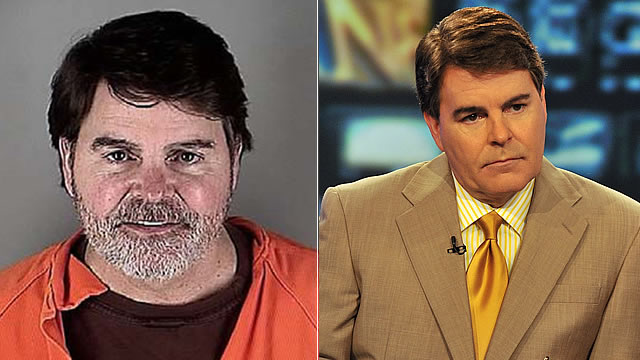 I would be willing to bet you that Gregg Jarrett does not scare Special Counsel Robert Mueller:

Special Counsel Robert Mueller is accused of acting in complete disregard for the law and must be removed.  And so, too, must his entire team.

There is devastating new evidence to suggest that Mueller and his staff of lawyers improperly, if not illegally, obtained tens of thousands of private documents belonging to President-elect Trump's Presidential Transition Team (PTT).  The material includes emails, laptops and cell phones used by 13 PTT members.

Critically, a "significant volume of privileged material" was taken by Mueller, according to the Trump transition lawyer, and then used by the special counsel team in its investigation. Mueller's staff apparently admits this egregious violation, which the law strictly forbids.

Under the law, the only remedy is Mueller's dismissal from the case.

How can anyone take that seriously? 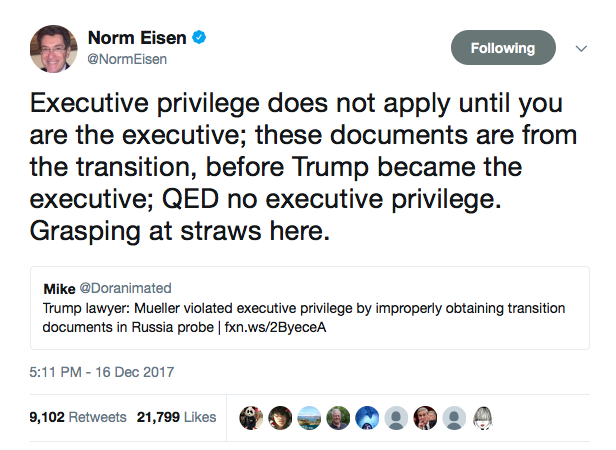 Under the law, the remedy for what ails this country is the impeachment and removal of Trump and Pence for colluding with Russia. How do so many conservatives with resumes like this end up with the ability to make public statements against someone like Mueller?

It's as if there are no standards for conduct anymore. You don't have to have expertise or experience. Anyone can be a Federal judge. Anyone can run the Department of so-and-so. Trump has brought such massive deviancy to our society that all of the norms that used to exist--like the one where a pill-popping drunk probably just goes away and gets help as opposed to national exposure on a network news channel--have been destroyed.