This is Why Trump Deserves No Courtesy or Respect 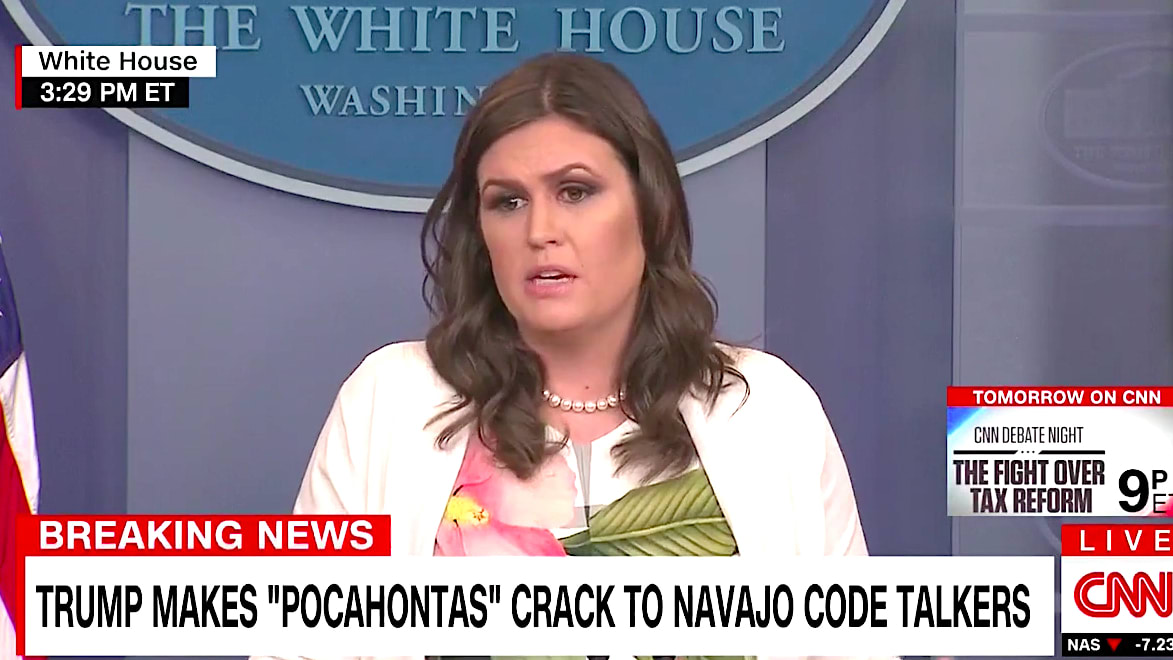 How on Earth do you send your press secretary out to defend remarks such as these?

Sarah Huckabee Sanders probably didn’t think she would have the spend the bulk of her first White House press conference after Thanksgiving weekend defending President Trump’s use of the name “Pocahontas” to refer to Sen. Elizabeth Warren (D-MA) during an event honoring Native American veterans. But there she was Monday afternoon doing just that.

“You’re very, very special people. You were here long before any of us were here,” Trump told the group of Navajo code talkers. “Although we have a representative in Congress who they say was here a long time ago. They call her Pocahontas.” (Actually, it’s mostly just Trump who calls her that.)

Today is an embarrassing day to be an American. Today is even especially embarrassing given that Trump was trying to honor veterans of World War II who, despite all of the discrimination they faced, still served this country with honor and distinction.

There are days when I just don't have the words anymore. Today is one of them.