Sucking in the Seventies, Again 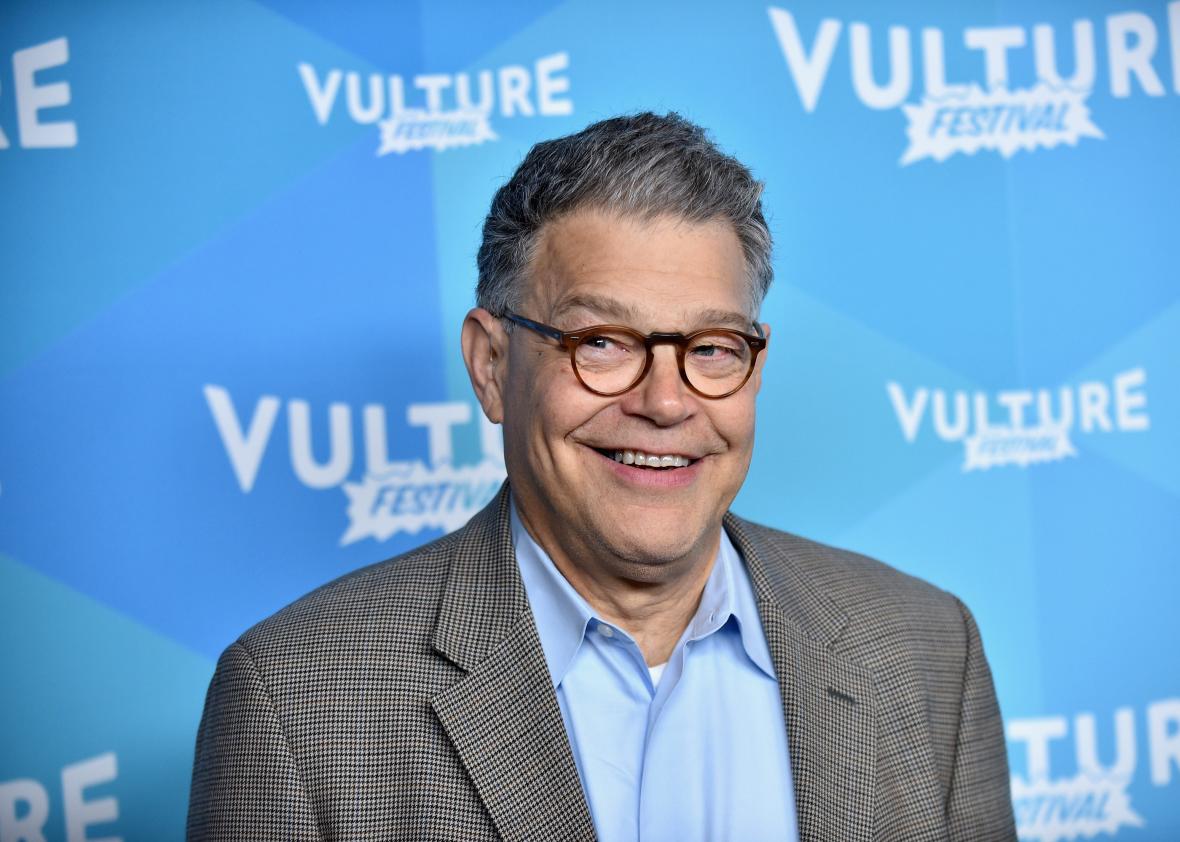 As we try to sift through the horrible reality of what Senator Al Franken did, I want to acknowledge that he has, at least, delivered an adequate apology that has been accepted by the woman that he victimized. There is no shortage of condemnation for his actions. In the short term, people are going to try and savage Leeann Tweeden and find a way to exonerate Franken. In the long term, the voters in Minnesota will decide his fate. My guess is that he won't seek re-election, but who knows?

If you want to understand the thing that brought us here, allow me the casual and unfair overgeneralization of "Baby Boomer" comedy as being nasty as hell and inappropriate in the 2010s. Bear with me here. I want to shift the discussion away from the very legitimate complaints of the victim and talk about the culture that created a situation where this used to be acceptable. What would have been considered funny forty years ago isn't that funny anymore, is what I'm trying to point out.

Franken's comedy is rooted in the 1970s and New York City. He sort of fell into the greatest comedy writing job anyone has ever had. He wrote for the greats on Saturday Night Live. He created a persona that allowed him to have a 15 year run on that show, and it also gave him the chance to make movies and have a career and a life. Successful, yes, but how did he get there?

SNL delivered sexist, racist, and disgusting forms of comedy. It was where Richard Prior delivered the line "Dead Honky" after hearing a white man utter the 'N' word. It was where Dan Aykroyd bled out as Julia Child. This was the era of "Jane, you ignorant slut." The women who performed on that show were every bit as good as the men but were treated horribly, onstage and backstage. The women who wrote for the show suffered cruel indignities. When people weren't on drugs, they were doing vicious things to one another. This was the show that situated itself at the pinnacle of what was hip, delivering a counterculture message to people who were sick of their parents bullshit.

Franken was part of the staff that wrote those sketches and used that need to shock  people to great effect. I happen to believe that this was good on many levels because it forced people to confront their own ideas about what was right and wrong. If you can recognize it in the culture, you can spot it in your regular life. If someone uses their art to get you to think, it's up to you to figure out right from wrong. Unfortunately, this Baby Boomer take on things persisted well into the 2000s. Look at the backlash happening right now against the Apu character on the Simpsons. Look at how people react to the comedy of that era. I think in this case, you also have to conclude that Franken's comedy didn't evolve much.

The Al Franken you see pretending to grope Leeann Tweeden is still a child of the 1970s in that moment. He's playing to the camera and he's not copping a feel. It's the Al who wants to shock, to push the envelope, and to be naughty in public. Never mind the fact that, in real life, Al wouldn't grope a woman in a public setting (yell at me when someone comes forward, please). Never mind the fact that he was groping a bulletproof vest. It was an immature act committed by a man old enough to know better. That's where the disappointment comes from.

Here's a great illustration of what that Baby Boomer mentality can deliver:

That bad patch was the result of a spate of blog posts disseminated by Franken’s Republican opponent in the 2008 election, Norm Coleman. They focused on two incidents from Franken’s comedic past. The first was a 2000 humor piece commissioned by Playboy, in which Franken recounts a (fictional) visit to a “think tank” specializing in pornographic virtual reality. The second was a 1995 story in New York about SNL, in which, during a late-night brainstorming session, Franken is described pitching an ending to a sketch about 60 Minutes humorist Andy Rooney that would have Rooney running amok on drugs and raping co-host Lesley Stahl in a closet. “Understand,” Franken writes, “that I was not intending for this extremely dark joke to be aired on American television. It was a joke ‘for the room’ suggesting a direction for the turn”—that is, toward the extreme. But few things are harder to explain to outsiders than “the culture of a comedy rewrite table at two in the morning.” (The final version of the sketch had Rooney sedating Mike Wallace and photographing him nude.)

In Giant of the Senate, Franken includes the many drafts of the statement he made about this controversy at his state party convention. “All campaign long,” he writes, “I’d avoided apologizing for things I’d said or written because it felt like doing so would mean apologizing for everything I’d done over 40 years in comedy. ... To say I was sorry for writing a joke was to sell out my career, to sell out who I’d been my entire life.” Ultimately, he and his staff came up with an apology that didn’t quite repudiate his past. (“It kills me that things I said and wrote sent a message to some of my friends in this room and people in this state that they can’t count on me to be a champion for women ...”) But it’s notable that this crisis hinged not on anything Franken ever did or claimed to do, or even on anything Franken said or wrote in earnest. It was a fight about comedy, specifically satire, and its peculiar, unstable relationship to reality.

Satire always has some grounding in the truth—otherwise, it wouldn’t be satire. A Modest Proposal works not because Jonathan Swift believed it was a good idea to turn Irish babies into dinners; it works because readers believed that Ireland’s British rulers just might be heartless enough to entertain the idea themselves. But every satire ever produced has been taken seriously by someone. Often that’s because some reader is too unsophisticated or literal-minded to spot the giveaways. (On the internet, this is known as Poe’s law.) But in Franken’s case, opponents who knew he was kidding deliberately presented his comedic writings as serious; in Giant of the Senate he refers to this move as running things through “the DeHumorizer™,” something his staff has learned to do pre-emptively to all his public statements because “even after all this, my instinct is still to at least try and go for the joke.”

I don't care about Leeann Tweeden's politics. I think she has a right to be angry ten years later. Her delivery of this "gift" to the culture should be appreciated for what it is--a chance to remind people that a lot of awful things have been done to women in the guise of comedy or satire and we need to take ownership of that, whether we were entertained by it or whether we created it as a culture. I also agree with her--Al Franken should not lose his Senate seat over this. But, even if he does, there are many, many capable people in the State of Minnesota who can do that job. Trust me, it's a deep bench.

The correct thing to attack is the idea that sexist, degrading humor similar to what we saw in the 1970s should be dismissed as harmless. Clearly it wasn't then and it isn't now. Franken has carried that mentality well into the modern era. He never left it behind, and it continues to work against him as he tries to be a capable, responsible member of the United States Senate. When the worm turned for him today, you saw a man evolve before your eyes.

Upon him is cast the envious eye of every Republican who still thinks it's okay to grope women. Al's ride in the barrel isn't over yet, but maybe we should try to understand why it was hip to enjoy that kind of humor in the first place before we celebrate anything.