Roy Moore is Into Leather 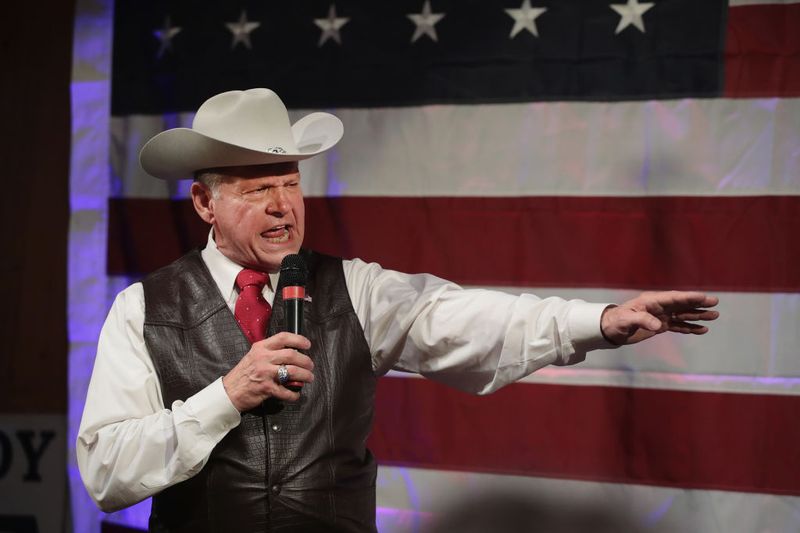 Here are some of the things Roy Moore likes:

Alabama Republican Senate candidate Roy Moore says he's being hounded by the news media over sexual allegations against him, while briefly addressing the controversy Tuesday night.

"Why do you think they're giving me this trouble? Why do you think I'm being harassed by media and by people pushing allegations in the last 28 days of the election? ... After 40-something years of fighting this battle, I'm now facing allegations and that's all the press wants to talk about," Moore said while speaking at a church conference in Jackson, Alabama.

Moore, an evangelical Christian who was twice ousted as Alabama's chief justice, suggested he's being attacked for his hardline views on faith in public life as part of an ongoing "spiritual battle."

Multiple women have said that Moore pursued relationships with them when they were teenagers while he was in his 30s. One woman said she was 14 years old when Moore initiated sexual contact with her. And on Monday, a separate Alabama woman alleged Moore sexually assaulted her when she was a teenager, and described her experience at a news conference, represented by attorney Gloria Allred.

This is the level of sickness we are now dealing with thanks to this man:

A powerful lawyer in Birmingham who knows Moore and asked not to be named was also inclined to vote Republican, despite the Post’s report. “This does not seem consistent with his character, O.K.? If what the youngest of them says was true, it was pretty horrible and he shouldn’t be senator,” he said. “But I question the accuracy of it.” He went on, “For a thirty-year-old man to ask out an eighteen-year-old girl to have a Coke, to me, is maybe improper. I don’t like it. But I’m not sure that’s pursuing an immoral relationship. A lot of us have dated younger women. And, remember, we’re talking about Gadsden, Alabama.” He predicted that other Alabamians would have a similar response to the allegations. “The Washington Post isn’t the most authoritative source in Alabama,” the lawyer said, “especially not in Coleman, or Gadsden, or Opp. I could be proven wrong. I thought Nixon was a good guy until I heard the tapes. But, right now, it doesn’t change my vote. I’ll vote Republican.”

OK, asshole. He was 32. She was 14. Get your numbers straight. Look how he blows past sexual assault and attempted rape and ignores the fact that the local cops were all on the lookout for Moore whenever there were teenaged girls congregated in one place.

And then he blurts out "a lot of us have dated younger women."