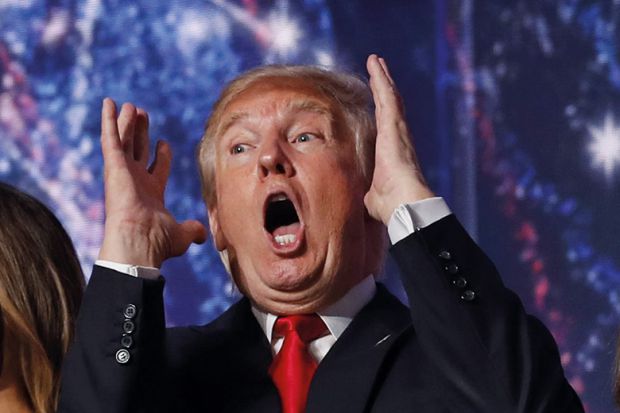 The timing of this revelation couldn't be better:

The legal team representing former National Security Advisor Mike Flynn has notified President Donald Trump’s own lawyers that they will no longer discuss the investigation currently being conducted by special counsel Robert Mueller, the New York Times reports. The end of Flynn’s legal cooperation with the president’s team indicates that Flynn may be cooperating with prosecutors, or negotiating doing so. Flynn’s defense team had been sharing information related to the investigations with Trump’s lawyers, but recently terminated the agreement. Mueller has been tasked with leading a broadening investigation into Russian interference with the U.S. presidential election in 2016, and examining allegations of collusion between the Russian government and Trump’s campaign and allies.

Happy Thanksgiving, everyone. Whoever is sitting around the table with Trump right now is in for some stinkeye and reproach.