Ken Starr Was Wrong About Everything 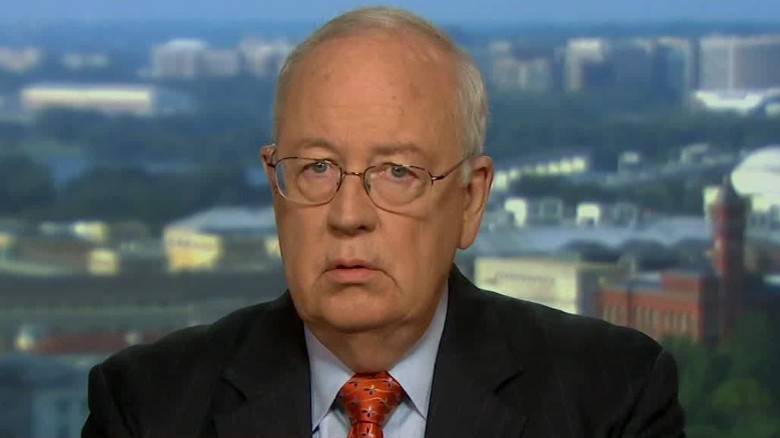 Professional dipshit Ross Douthat was allowed to publish this in the New York Times because it is the paper of record when it comes to recycling hit stories about the Clintons:

The sexual misconduct was the heart of things, but everything connected to Clinton’s priapism was bad: the use of the perks of office to procure women, willing and unwilling; the frequent use of that same power to buy silence and bully victims; and yes, the brazen public lies and perjury.

Something like Troopergate, for instance, in which Arkansas state troopers claimed to have served as Clinton’s panderers and been offered jobs to buy their silence, is often recalled as just a right-wing hit job. But if you read The Los Angeles Times’s reporting on the allegations (which included phone records confirming the troopers’ account of a mistress Clinton was seeing during his presidential transition) and Stephanopoulos’s portrayal of Clinton’s behavior in the White House when the story broke, the story seems like it was probably mostly true.

I have less confidence about what was real in the miasma of Whitewater. But with Paula Jones and Monica Lewinsky, we know what happened: A president being sued for sexual harassment tried to buy off a mistress-turned-potential-witness with White House favors, and then committed perjury serious enough to merit disbarment. Which also brought forward a compelling allegation from Juanita Broaddrick that the president had raped her.

The longer I spent with these old stories, the more I came back to a question: If exploiting a willing intern is a serious enough abuse of power to warrant resignation, why is obstructing justice in a sexual harassment case not serious enough to warrant impeachment? Especially when the behavior is part of a longstanding pattern that also may extend to rape? Would any feminist today hesitate to take a similar opportunity to remove a predatory studio head or C.E.O.?

The longer one spends with these stories, the more often one finds them connected to massive injections of right wing nonsense. They run the gamut from the absurd to the sickening and come back around again for more. There is no 'there' there and there never was. They are endlessly repeated innuendoes and lies that exist because, in the 1990s, the working media did not do its job. The only reason why you know who the likes of Ann Coulter, Kellyanne Conway, and Bill Kristol are is because they traded in the wing nut welfare that spread lies about the Clintons on dozens of news outlets, non-stop, for years. We are still seeing the effects of that today.

Rehabilitating the reputation of Ken Starr isn't going to work, either. Once his work was done, and once he ended up at Baylor University, the real Ken Starr was revealed. He is incompetent. He has no ethics. He has questionable command over facts and procedure. And he had no reservations about tolerating sexual improprieties as long as they were carried out by football players instead of Democrats.

It is shocking enough to see the media try to resuscitate the long-dead stories about Bill Clinton, all of which were debunked almost as soon as they bubbled up from someone's fevered imagination. Stories that were made up twenty-five years ago by jackasses live and breathe today because outlets like the New York Times have never reconciled their own complicity in the destruction of decent people.