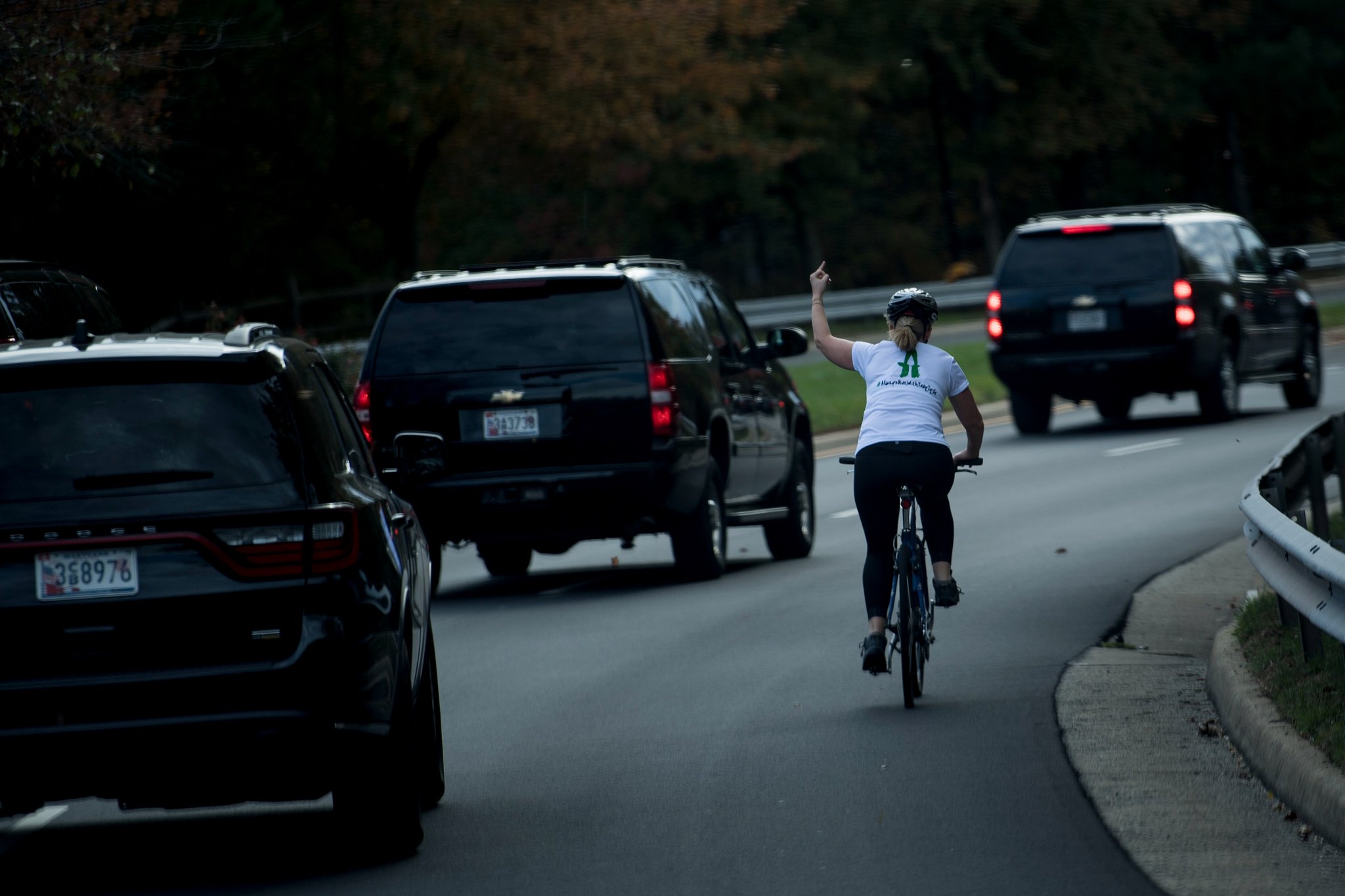 There is some justice in this world:

On October 29th, Juli Briskman was photographed giving the middle finger to President Donald Trump's motorcade during a weekend bike ride in Virginia.

The photo quickly went viral. The Monday after the photo was taken, Briskman told her employer, government contractor Akima, that she was the cyclist pictured. The next day, she was fired. Akima said she was in violation of the company's social media policy because she had used the photo on her Facebook and Twitter accounts.

The mother of two does not regret her decision — as she told HuffPost"In some ways, I'm doing better than ever" — but financially, Briskman must deal with the reality of being unemployed.

What Miss Briskman would probably prefer is her right to free speech and a job, and those things are what she deserves as well. We should all resist the tyranny of small-handed men wherever possible.