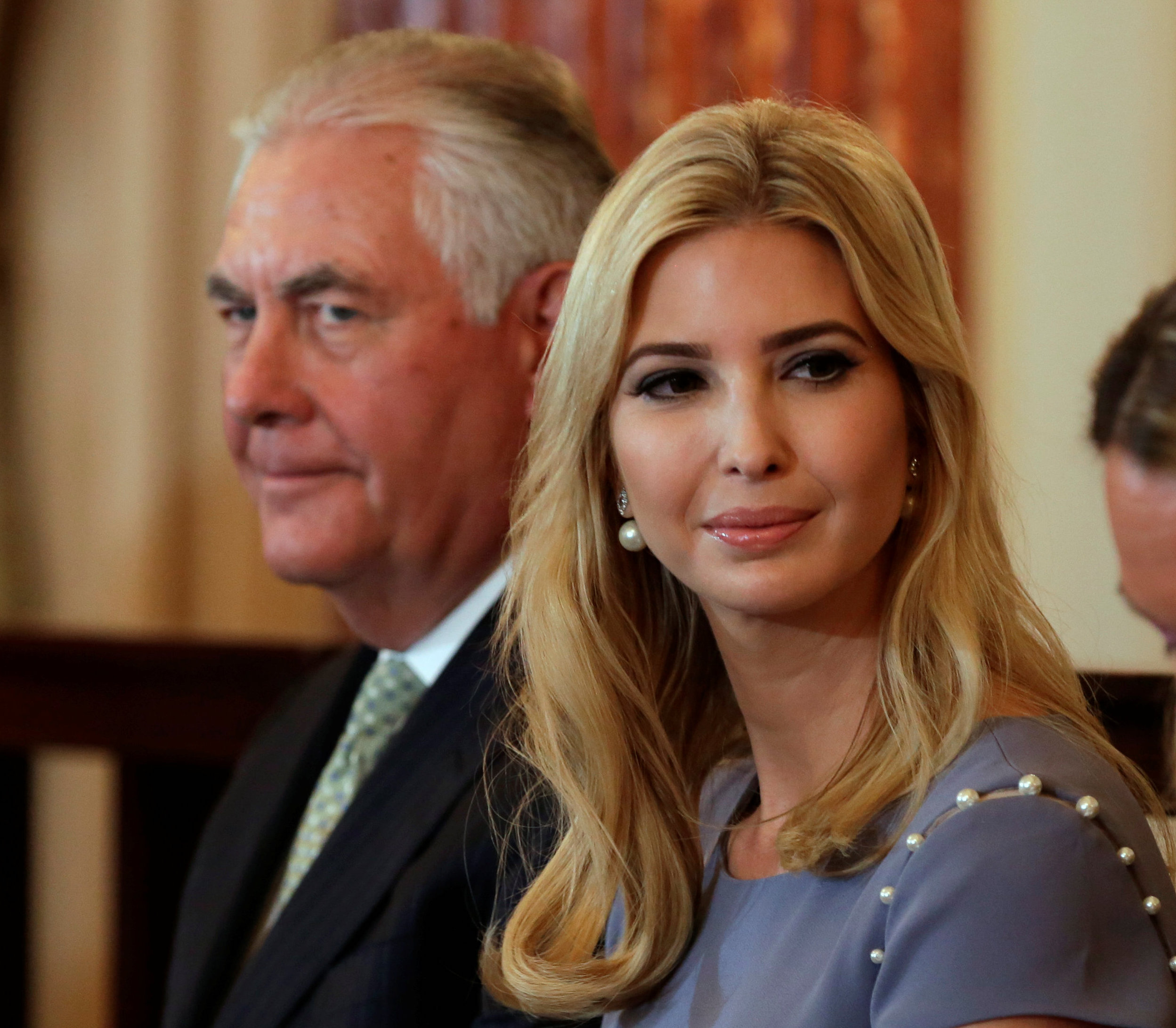 Rex Tillerson is actively daring Trump to fire him now:

Days ahead of what should be a major moment for Ivanka Trump on the world stage, CNN has learned Secretary of State Rex Tillerson isn't sending a high-level delegation to support her amid reports of tensions between Tillerson and the White House.

Multiple State Department officials, as well as a source close to the White House, have told CNN Tillerson's decision not to send senior State Department officials to this year's Global Entrepreneurship Summit, being held in India next week, is not related to his key project of slashing the Department's budget, and is more to do with the fact Ivanka Trump is leading the US delegation this year. Trump was invited by Indian Prime Minister Narendra Modi in June, and this year's theme is supporting women entrepreneurs.

The State Department puts on the large yearly event, which Secretary of State John Kerry and even President Obama attended multiple times. But this year, according to one senior State Department official: "No one higher than the deputy assistant secretary is allowed to participate. The secretary and his top staff have insisted on approving all travel-- even the most minute details."

It's an unprofessional and spiteful act of gross incompetence, of course. Who benefits if the U.S. and India have poor relations? Russia, of course. Are we even certain Tillerson has a "senior team" in place? From what I've been reading, there are a handful of people around him that know what is going on. The rest are pounding sand.

If a State Department run by a Democrat acted this way, there would be hearings on the Hill and condemnations all around. Nowadays, this is just a Friday news dump item no one in Congress will act upon, ever.

For Tillerson to actively seek out Ivanka Trump's withering gaze of disapproval means he's ready to go home. The damage to the State Department has been done, and his Kremlin paymasters have to be very pleased with his work, indeed.