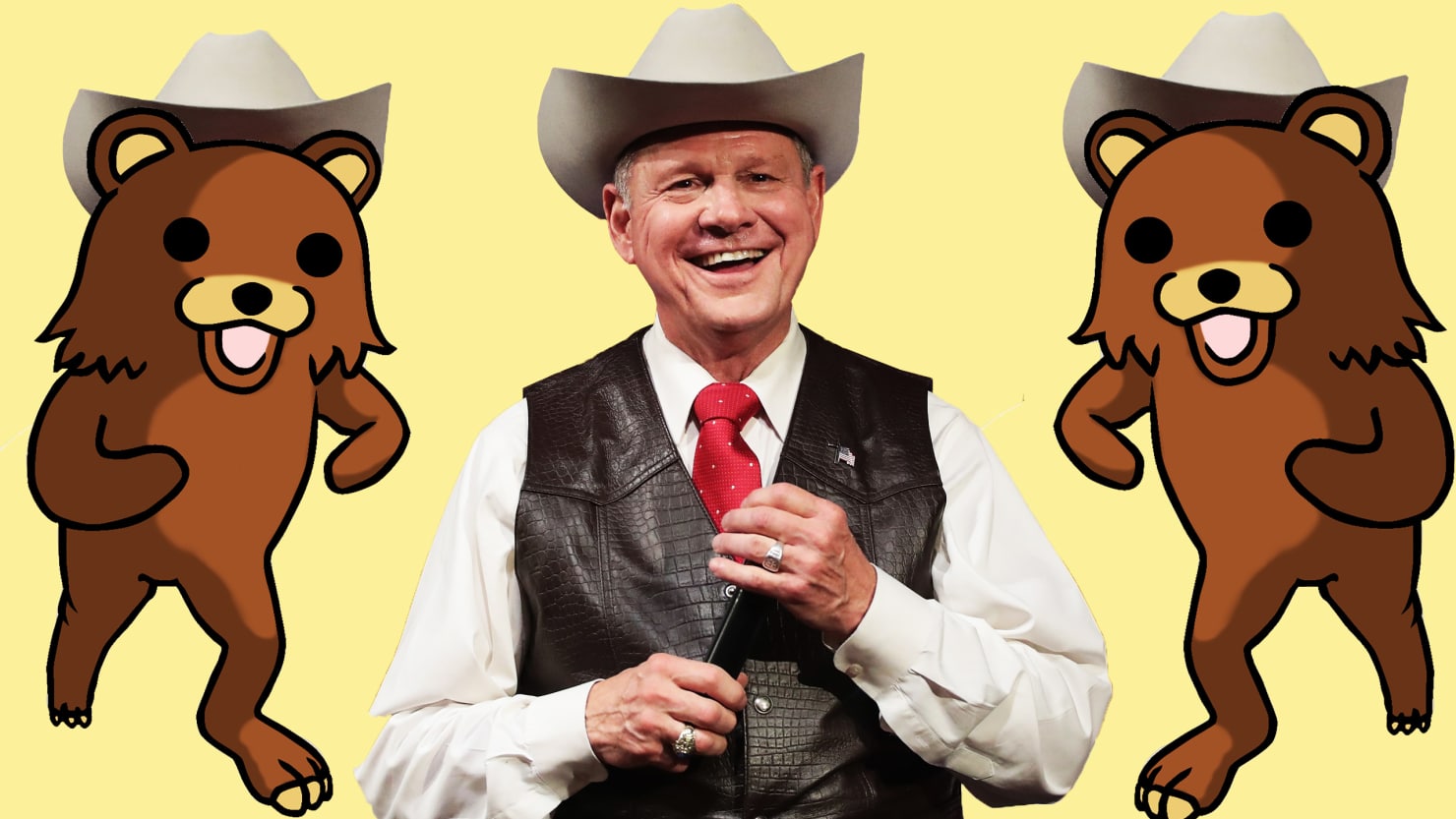 Allred said her client, Beverly Young Nelson, would be willing to testify under oath and called on the Senate judiciary committee to hold a hearing and subpoena Moore.

"Mr. Moore attacked me when I was a child," Nelson said, adding that she was 15 when he began flirting with her and 16 at the time of the alleged assault. "I want Mr. Moore to know that he no longer has any power over me."

The allegations of force, if true, would be considered sexual abuse in the first degree, but the statute of limitations in effect at the time would have passed.

Even jaded old Republican operatives have turned against Roy Moore:

The sad, sick saga of Judge Roy “Bad Touch” Moore (R-Lolicon), Republican nominee for U.S. Senate in Alabama and alleged child defiler is the rare case where farce devolves into tragedy and not the other way around. In a just and sane world, Roy Moore would have already been disqualified, but in the era of Bannonite Republicanism, the gravity, credibility, and seriousness of the accusations against Moore aren’t disqualifiers; they’re selling points to a faction of the GOP intent on showing the world just how low they can sink as a party and as humans.

I am not surprised that pedophilia is now A-OK with the God Botherers of the Deep South, and the fact that this is all over a Senate seat does not shock me in the least. The people who vote for and support Roy Moore are unfazed by such things. They won't abandon him for a second unless it is determined that he prefers gay sex with dead clowns in church in the front pew while reading Noam Chomsky. And, even then, this is the crowd that might figure, aw, hell, if it bothers the liberals, why not?

Pass the Vaseline, y'all. And hold up that dead clown's head. He's got a purty mouth on him.