Gary Cohn Totally Did This 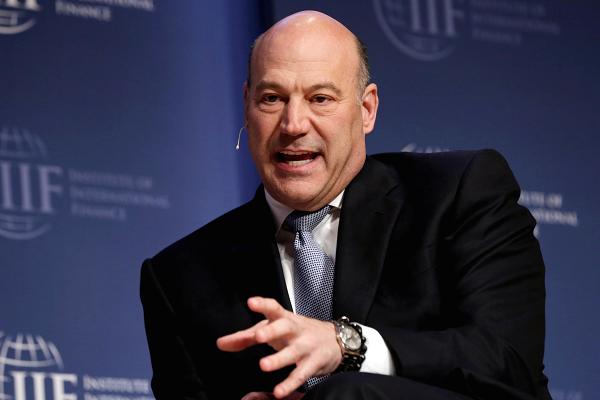 It is conventional wisdom that the Trump Regime is a complete and utter fiasco. Anyone who doesn't believe this story is a fool:

A senator's claim that the White House's chief economic adviser faked a bad connection to get President Donald Trump off the phone during a long call drew immediate pushback Wednesday from the White House and multiple people in the room.

Sen. Tom Carper made the claim Wednesday morning during an interview with CNN that chief economic adviser Gary Cohn abruptly ended a conversation about tax reform that the President had called into while he was traveling in Asia earlier in November.

The Delaware Democrat said that he had been meeting with Cohn, White House Legislative Affairs Director Marc Short and other members of the Trump administration, as well as moderate Democrats, when the President called in from his Asia trip.

Carper noted that it was "nice of him" to call, but claimed that "15 minutes later, the President (was) still talking."

"I said, 'Gary, why don't you do this, just take the phone from, you know, your cell phone back and just say, 'Mr. President, you're brilliant, but we're losing contact, and I think we're going to lose you now, so good-bye,' " the lawmaker recounted on "CNN Newsroom" with Poppy Harlow and John Berman.

Democrats should do whatever it takes to continue driving wedges between Trump and his own cabinet. What better way to ensure that invoking the 25th Amendment will actually happen?

How much do you want to bet that Senator Carper has proof that this was what Cohn really did to Trump?