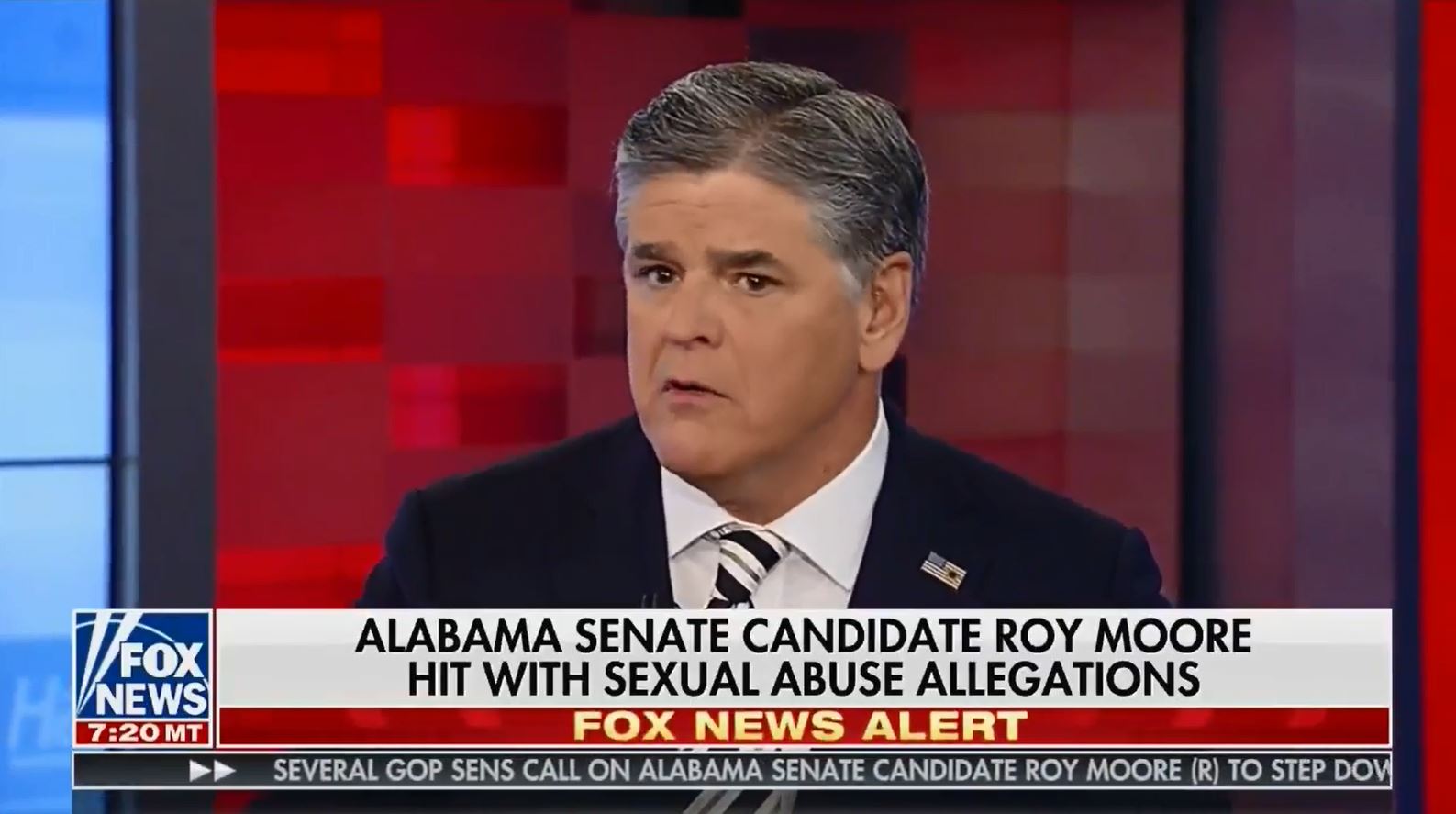 How much longer will Fox News put up with this jackass?

It was an odd conclusion to a televised ultimatum. Hannity, whose words carry weight among conservatives because of his large nightly audience, had given Moore 24 hours to explain "inconsistencies" in his response to allegations of child molestation or quit the Alabama race.

Hannity read a letter from Moore, who said he never dated "underage girls." Moore questioned whether a 1977 yearbook inscription written by him to a girl who accused him of sexual assault was a forgery.

The Fox host didn't say whether he found those answers convincing.

"The people of Alabama deserve to have a fair choice," he said. "I'm very confident that when everything comes out, they will make the best decision for their state. It shouldn't be decided by me, by people on television, by Mitch McConnell."

It was an anticlimactic ending to a self-generated television drama. Hannity played out the string, waiting until the end of his one-hour show to discuss Moore's response.

You can't escape the avalanche of bad news coming out of Alabama, and everyone clinging to the mast of Moore's sinking ship has that look of desperation and panic common to anyone who's ever walked into a house and found Chris Hansen instead of a teenaged girl. 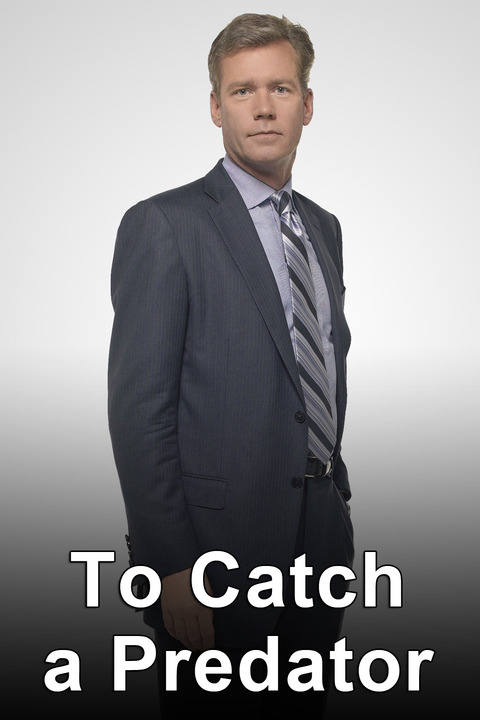 I think someone should seriously consider asking Hansen to reprise his role so we can get to the bottom of what's happening in the GOP. All he has to do is see how many times Roy Moore shows up at a split level house in the 'burbs with three hundred bucks, two condoms, a jar of lube and that sexy cowboy hat he's been wearing on the campaign trail.

If Hansen only catches him three times between now and the election, maybe Hannity can claim it was entrapment or a mistake or a situation where Moore got lost looking for a Jesus meeting or something.

Honestly, though--Hansen is a much better broadcaster than Hannity. He can travel the country, making up stories, catching predators, filming himself having affairs with women, and your average Fox viewer won't be able to tell the difference between what they're getting now and what they could get with Hansen.

Mr. Hansen, please get in touch with Fox News. Our creeped-out nation turns it's lonely eyes to you...