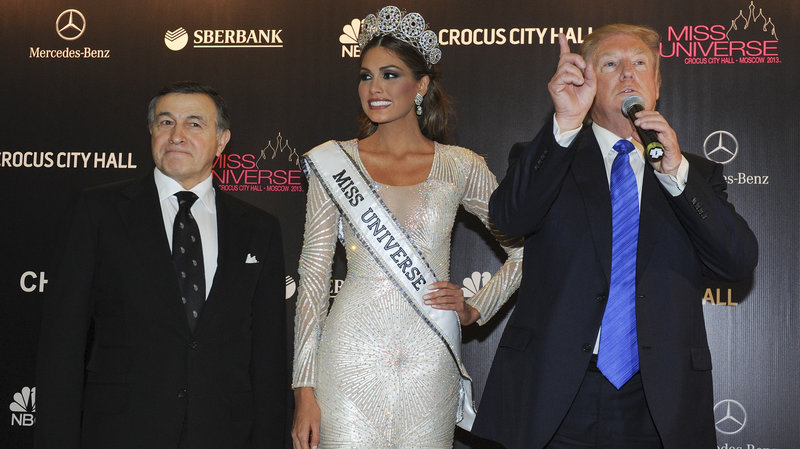 This is incredible reporting by David Corn and AJ Vicens at Mother Jones:

Four years ago, the Trump Organization experienced a major cyber breach that could have allowed the perpetrator (or perpetrators) to mount malware attacks from the company’s web domains and may have enabled the intruders to gain access to the company’s computer network. Up until this week, this penetration had gone undetected by President Donald Trump’s company, according to several internet security researchers.

In 2013, a hacker (or hackers) apparently obtained access to the Trump Organization’s domain registration account and created at least 250 website subdomains that cybersecurity experts refer to as “shadow” subdomains. Each one of these shadow Trump subdomains pointed to a Russian IP address, meaning that they were hosted at these Russian addresses. (Every website domain is associated with one or more IP addresses. These addresses allow the internet to find the server that hosts the website. Authentic Trump Organization domains point to IP addresses that are hosted in the United States or countries where the company operates.) The creation of these shadow subdomains within the Trump Organization network was visible in the publicly available records of the company’s domains.

Four years ago, Trump was in Moscow.

Wasn't there something about Russian pee hookers? My memory is a little fuzzy here.

What was that thing about Russian pee hookers? Can anyone help me out here?

What this story indicates is that the Russians were completely and utterly embedded in the Trump Organization's IT infrastructure by virtue of this access. It is possible that every e-mail, every invoice, every business proposal, every document, every employee record, every TAX RETURN and every single aspect of Trump's business empire was completely and utterly compromised by the Russian government.

And if they have his tax returns, do you think they might have something something about some Russian pee hookers, too? Gosh, wouldn't that be amazingly horrible?

Think about that for a moment. The Russians have infiltrated Trump's business apparatus and, by extension, the Trump Campaign operation that has been running for the last several years. They know everything. And, at no point, did the Trump Organization know about this, figure it out, or bring in the considerable skills and talents of the U.S. Government's Cyber Command to review security and secure everything--probably out of a fear that the government would have access to Trump's information and discover he was not in compliance with all of the laws of the United States.

How much do you want to bet that Trump welcomed Russian access because they already had leverage over him? Maybe he didn't have a choice. Maybe he's been their asset all along. And, hey, maybe a lot of people should be in jail for the rest of their natural lives.

This is a mind-boggling story that lands in a year where every week has brought a forehead-slapping moment.

What was it that happened four years ago? Oh, that's right. Trump was in Moscow at the Miss Universe Pageant. Gee, I wonder what might have happened there to put Trump in a compromising situation? It couldn't have been the Russian pee hookers, right?