A Russian Billionaire Arrives Just in Time for the Holidays 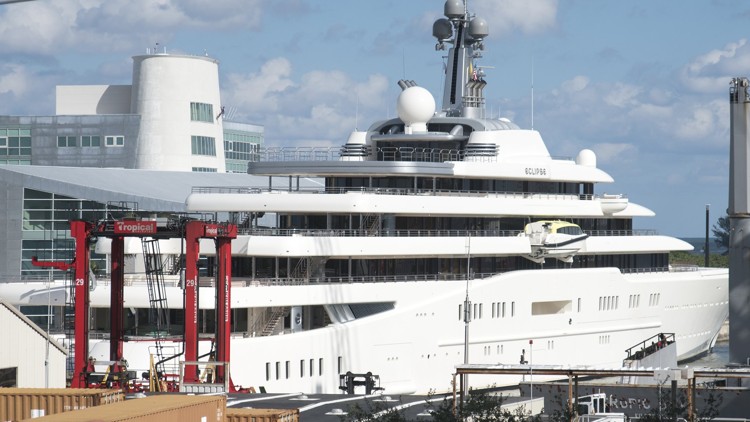 Another example of everyday life in these horrible times:

The 533-foot Eclipse, valued at $400 million to $500 million, comes equipped with a pool, helipad, submarine and room for a crew of 92, according to marine websites. It made its way past The Bahamas and docked at 1:15 p.m, taking the slip normally reserved for the Grand Celebration, a cruise ship currently on hurricane-relief duty in St. Thomas, Virgin Islands.

Originally booked to stay through Dec. 5, the Eclipse may have to leave Dec. 1, as it is being followed by the 644-foot World, billed as “the largest private residential ship on the planet,” which is scheduled to arrive that day.

Where will the Eclipse go?

According to the MarineTraffic app, she plans to head south on the Intracoastal Waterway, toward downtown West Palm Beach.

Note to Transportation Security Administration: That would put a Russian submarine within a mile or so of the winter White House.

The people who own this country are here to take a look around. I think this one is here to remind Trump who he really works for.