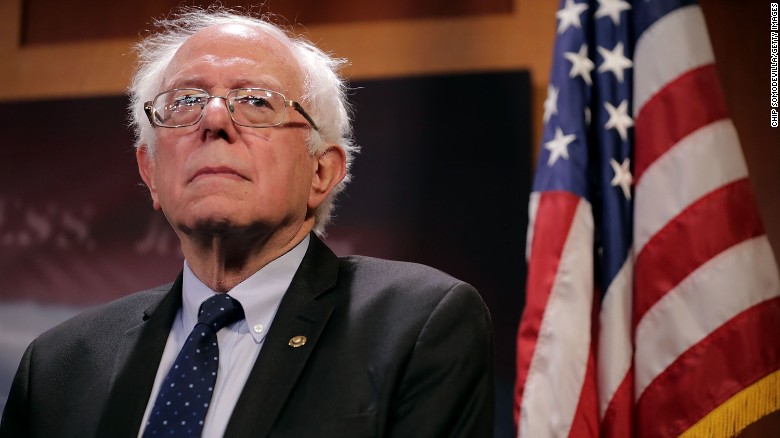 I guess the wounds are too recent and too raw:

Sen. Bernie Sanders announced Thursday he will visit Puerto Rico in wake of Hurricane Maria, bowing out of his previously scheduled speaking gig at the Women's Convention next week.

"I want to apologize to the organizers of the Women's Convention for not being able to attend your conference next Friday in Detroit," the Vermont lawmaker said in a statement. "Given the emergency situation in Puerto Rico, I will be traveling there to visit with San Juan Mayor Carmen Yulín Cruz and other officials to determine the best way forward to deal with the devastation the island is experiencing."

Sanders' announcement comes a week after the Women's Convention received backlash for picking him as a speaker for opening night of the convention.

This newfound situational awareness for Sanders would have been helpful if he had displayed it in late April 2016 when he all but lost the 2016 primary to Hillary Clinton. Perhaps he now realizes that damaging powerful women, sucking all the air out of the room, and mansplaining are not going to work anymore.