Why Does Mike Tirico Still Have a Job? 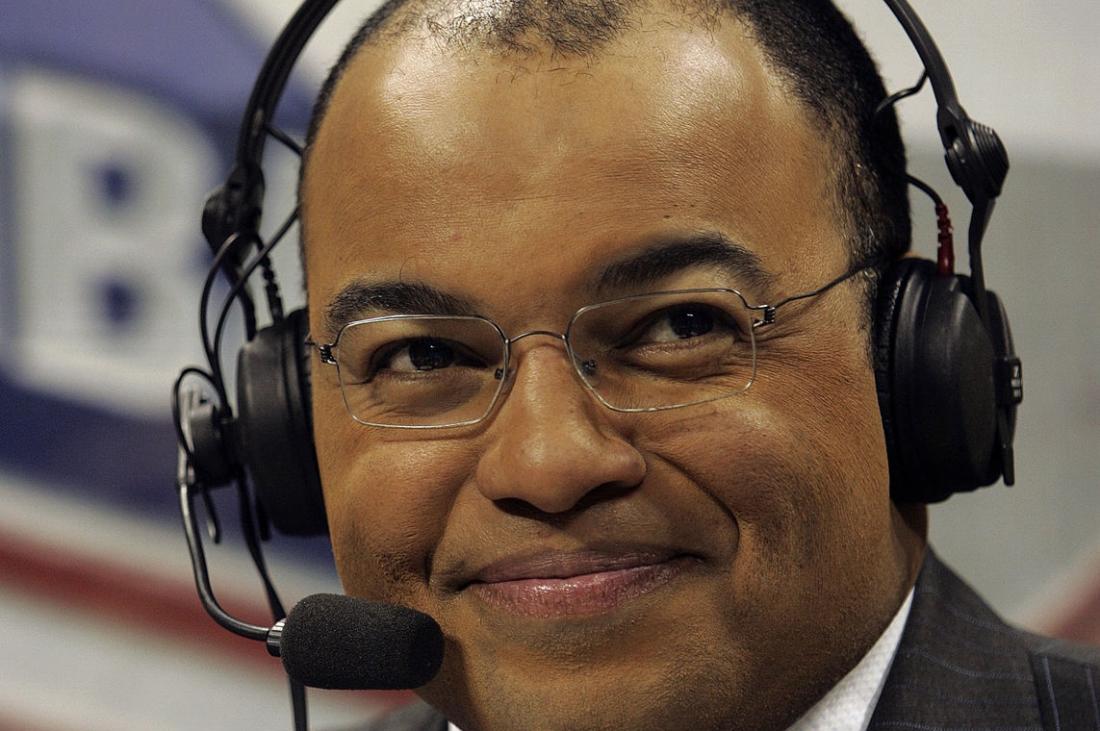 If we're going to talk about creepy men who have done horrible things to women in the workplace, why aren't we talking about Mike Tirico?

Here's what was written about him:

The first Tirico story involves him hitting on a woman and stalking her after a house party in fall 1992. The woman was a production assistant and "considered an up-and-coming talent," and Tirico went up to her at the party and said "you're the most beautiful woman in here." She walked away, but he kept following her around the party until she finally snapped, "Why don't you fuck off? Get away from me." As she and friends hopped in their car and pulled out of the party, Tirico stepped in front of the car and made the woman stop. "You're the most beautiful person I've ever seen and I think I'm in love with you," Tirico said. She tried to roll up her window and take off, but Tirico stuck his hand in and tried to wedge it between her thighs. She got away, and the next morning, when they saw each other in the ESPN parking lot, he walked up to her, and she expected him to apologize. Instead, he said, "all I did all day was think about you."

In another story, one female producer — who had been to dinner with Tirico and his fiancee — was startled to receive an email from him saying that he wanted to sleep with her. Later, when the staff went to a bar after a late night covering the NCAA tournament, Tirico approached her and said, "I wish I was single. If I were, I'd throw you on the table right here and fuck your brains out." After she tried to excuse him as drunk, he persisted: "I know you want to screw me. So let's leave." Later, he followed her on the highway and tried to get her to pull over, unsuccessfully.

Tirico was ultimately suspended for three months and is interviewed in the book, where he, like Reynolds, calls the incidents "misunderstandings." He is now doing "Monday Night Football" and is still married.

Tirico was on television this afternoon calling a college football game. What the hell?