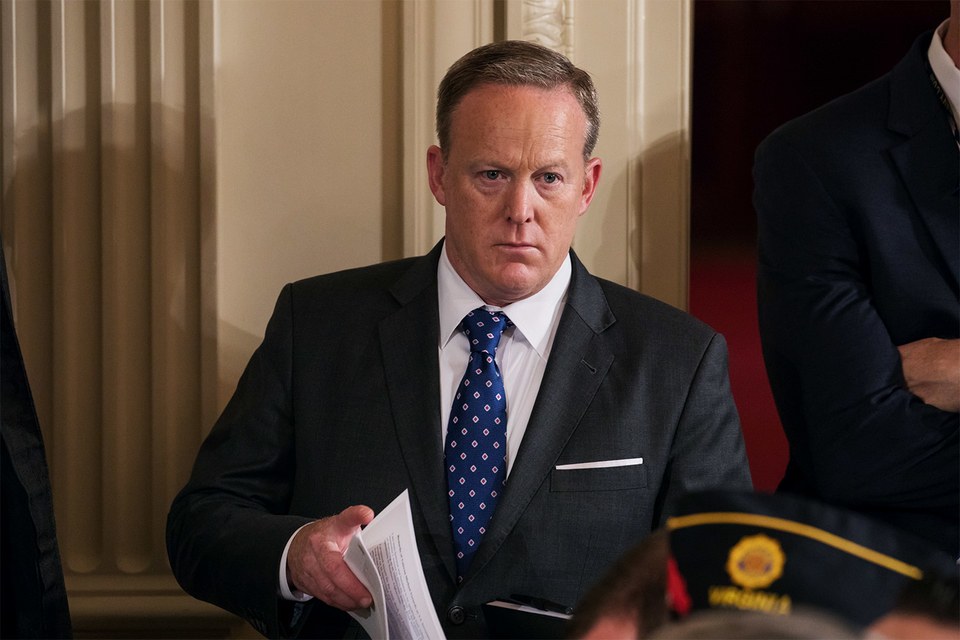 If it turns out that former Trump Foreign Policy advisor George Papadopoulos wore a wire last summer, what do you want to bet that the things that he recorded are going to be corroborated by the meticulous notes kept by former Press Secretary Sean Spicer:

News networks reportedly passed on recent free agent Sean Spicer, but the former White House press secretary may yet get a starring turn in Robert Mueller’s Russia melodrama. According to former colleagues, Spicer filled “notebook after notebook” with notes about his meetings during the Trump campaign and while he was in the White House, Mike Allen reported Thursday morning. The note-taking was so conspicuous that “underlings joked about him writing a tell-all” one day. “Sean documented everything,” one source told Allen, saying that it helped Spicer do his job more efficiently.

The note-taking may have helped Spicer’s job performance, but as any lawyer (or Baltimore drug dealer) is aware, notes can easily be subpoenaed by lawyers fishing for evidence. Especially when you may have had a front-row seat to a grand conspiracy to collude with agents of a foreign government to interfere in a presidential election, as Mueller’s team is investigating. “Think about your own profession and what some smart-ass—excuse me, lawyer—can do with your notes,” Stan Brand, who served as former White House aide George Stephanopoulous’s lawyer during the Whitewater scandal, told Vanity Fair back in 1996. (And Brand would know: several aides and staffers in the Clinton administration were done in by their own note-taking habits during the scandal, leading to a general practice of White House staffers intentionally taking as few notes as possible.)

Think about it--you may have extensive recordings and you may have extensively detailed notes kept by someone who, during the 2016 campaign, was outside of the Trump campaign and working inside of the Republican National Committee. If there are gaps in what Papadopoulos was able to collect, these can likely be filled by Spicer's notes.

Spicer has no reason to show Trump any loyalty. He was entirely a creation of the RNC. He worked there for years, long before Trump came along. He was anti-Trump in the beginning, for crying out loud, but sold his soul like all the rest of them. The only reason why Spicer was hired to work in the White House was because Jason Miller was excellent at giving young unwed mothers a start in life.

You have a turncoat, a boob, and one of the most unfuckable men on the planet who accidentally got laid once and fathered an out-of-wedlock child while married to another women. The fact that these are all Republicans who have been sullied by their brief but momentous association with Donald Trump is a feature, not a bug.