Trump Will Burn Everything to the Ground to Save Himself 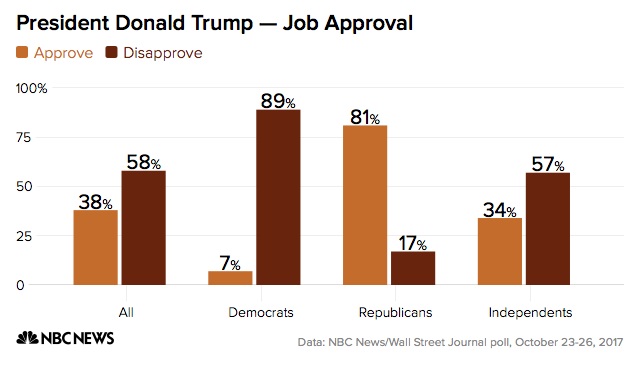 You know, we are really in a mess right now.

If you look at how divided the country is, there's really no option for people who believe in facts or the truth. In order to sustain Trump as president, a significant part of our population has to believe lies and distortions in order to justify their continued support of Trump in office.

The numbers don't lie. There is a broad consensus in the country that Trump has been a disaster as president. There is broad consensus that the election was stolen or compromised in such a way as to make it illegitimate. Our democracy has a lot of built-in remedies, but we don't really have one that would remove Trump from office in such a way as to preserve faith in our institutions and follow the Constitution.

Impeachment and the 25th Amendment are not really solutions here, not as long as Republicans hold their Gerrymandered majorities in the House and Senate. There are no courageous souls in the orbit of Trump and there never will be. We are not even a year into this presidency and it is hollowing out the very soul of America. The damage is profound and lasting.

No matter what happens on Monday, October 30th, there is only one constant. Trump will abandon everyone. Trump will throw whoever he needs to under the bus. Trump will ignore every truth and spew a bottomless array of lies in every direction. There is no path here that does not force millions of Americans to put their shoulder to the wheel in order to force him out. Think of the work done to protest the Vietnam War, and how hundreds of thousands of people had to leave normalcy behind and make protest their full-time vocation. I believe that is where we are headed.

Trump will destroy this country to save his own ass. He will break all the laws they make and some that haven't even been thought up yet. Robert Mueller's first indictments are one step on what promises to be a long, long journey.

Are there better days ahead? There are, unless Trump figures out a way to make himself president forever.