Trump Knows Everyone Around Him is Guilty 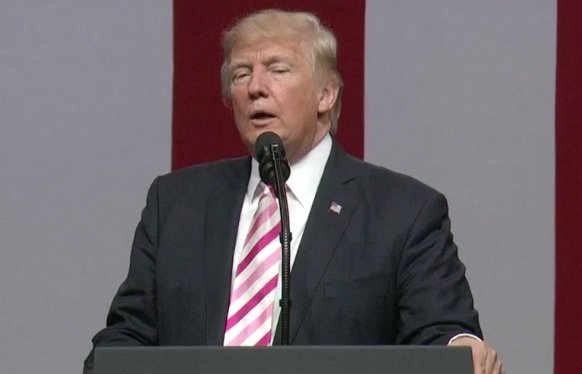 See if this doesn't strike you as being curiously worded and sourced:

The dramatic intensification of the Russia investigation on Monday reignited President Donald Trump's fury at the controversy clouding his presidency, prompting his aides to urgently advise him against lashing out at special counsel Robert Mueller as they work to revive a halting policy agenda.

Watching the developments unfold on the large television screens installed in his private residence, Trump was "seething," according to a Republican close to the White House.

The indictments on Monday of campaign aides Paul Manafort and Rick Gates weren't a surprise to Trump, according to people who have spoken with the President. Trump has long assumed that members of his presidential campaign would be swept up in Mueller's probe.

The revelation that another campaign adviser, George Papadopoulos, pleaded guilty to making false statements to the FBI was far less expected, the sources said. And the assumption that Papadopoulos is cooperating with the FBI's Russia probe stirred even more unease among Trump's allies.

This story reads like it was dictated by someone who successfully ducked calls from George Papadopoulos last summer. Ghosting an old pal never meant so much, I would hazard to guess. It reads like it was uttered by someone who has known for months that there is a faction within the White House (ahem, the former campaign people) that is guilty as sin and that there is a faction that is relatively untouched by the shitstain of having worked for Trump in 2016 (Reince Priebus and Sean Spicer, I would imagine). There's a cabal that's going to go broke paying for lawyers and there's a slice of the old junta that has a bunch of get-out-of-jail free cards wedged in their buttcracks by virtue of having been with the Republican National Committee while Trump and his lackeys were begging the Russians for help.

So, if Trump has "long assumed" that his people would be "swept up in Mueller's probe" then what the hell are we doing here? If Trump assumes his people are guilty, isn't that an admission that there was collusion with a foreign government to steal the 2016 presidential election?

And if that's the case, why the hell is he still president? He was not legitimately elected; therefore, he does hot legitimately hold the office and must be removed along with his entire "administration."

What part of this is too complicated for the layman to follow or understand? They are all traitors and they all belong in Federal prison.