Trump Does Not Care About Dead Troops 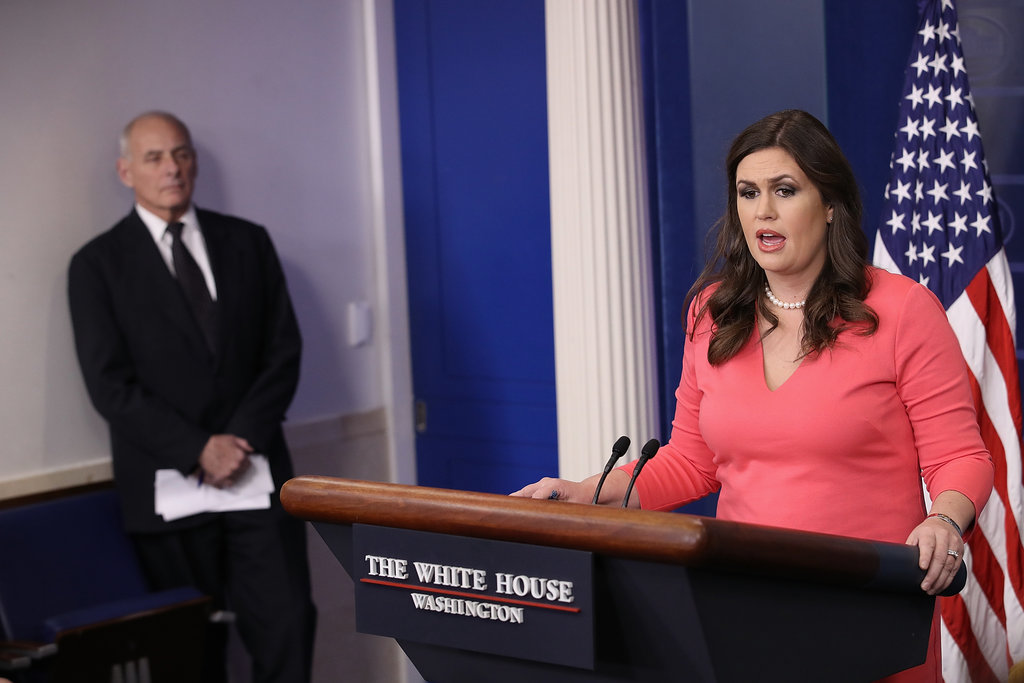 If you want to know why John Kelly was so eager to trade his soul for whatever he could get for it, all you have to do is read this story about how the White House simply does not care about members of the military who have been killed:

In the hours after President Donald Trump said on an Oct. 17 radio broadcast that he had contacted nearly every family that had lost a military servicemember this year, the White House was hustling to learn from the Pentagon the identities and contact information for those families, according to an internal Defense Department email.

The email exchange, which has not been previously reported, shows that senior White House aides were aware on the day the president made the statement that it was not accurate — but that they should try to make it accurate as soon as possible, given the gathering controversy.

That's the real scandal. After nine months in office, the White House has no idea whatsoever how to get into touch with the families of those who have died. Having Kelly walk out there and lie about Congresswoman Frederica Wilson was a deliberate attempt to disguise the fact that this White House has not contacted all of the families. Kelly has a bleak, twisted soul and he is proof that our best and our brightest usually don't have stars on their shoulders.

Yes, they have contacted some of them. But it has been disorganized and incomplete. Trump smeared his predecessors because he, himself knew that he was derelict in his duty to talk to those who were suffering and offer them condolences.

The incompetence of the Trump Regime remains a staggering, self-evident truth that the American people simply do not comprehend well enough at this point. Everything Trump touches turns to shit, people are dying in Puerto Rico from neglect, our military is conducting operations without clear orders or a comprehensive strategy, and the government itself is run by a braying pack of jackasses and fools.

This should have been the lede of the story:

Not only had the president not contacted virtually all the families of military personnel killed this year, the White House did not even have an up-to-date list of those who had been killed.

Think about that for a moment, and then think about what the outcry would look like if this was true about Hillary Clinton's White House. The article goes on to give us some interesting details about how they are trying to use Kelly to cover their ass, deflect the media's attention, and hustle behind the scenes to make it look like they give a shit:

The exchange between the White House and the Defense secretary’s office occurred about 5 p.m. on Oct. 17. The White House asked the Pentagon for information about surviving family members of all servicemembers killed after Trump’s inauguration so that the president could be sure to contact all of them.

Capt. Hallock Mohler, the executive secretary to Defense Secretary James Mattis, provided the White House with information in the 5 p.m. email about how each servicemember had died and the identity of his or her survivors, including phone numbers.

The email’s subject line was, “Condolence Letters Since 20 January 2017.”

Mohler indicated in the email that he was responding to a request from the president’s staff for information through Ylber Bajraktari, an aide on the National Security Council. The objective was to figure out who among so-called Gold Star families of the fallen Trump had yet to call. Mohler’s email said that the president’s aides “reached out to Ylber looking for the following ASAP from DOD.”

Trump had said in a Fox News Radio interview earlier that day that he had contacted the families of “virtually everybody” in the military who had been killed since he was inaugurated.

“I have called, I believe, everybody — but certainly I’ll use the word virtually everybody,” Trump said.