The Steele Dossier is the Key to All of This 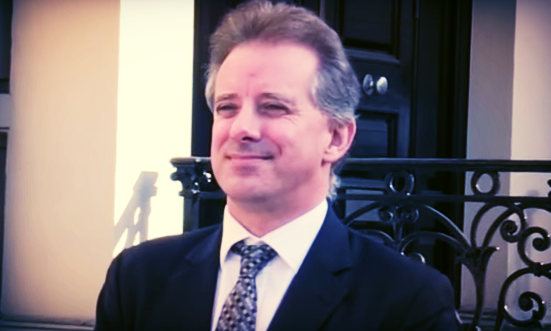 Here's another bombshell development in case you missed it:

Special Counsel Robert Mueller's investigators met this past summer with the former British spy whose dossier on alleged Russian efforts to aid the Trump campaign spawned months of investigations that have hobbled the Trump administration, according to two people familiar with the matter.

Information from Christopher Steele, a former MI-6 officer, could help investigators determine whether contacts between people associated with the Trump campaign and suspected Russian operatives broke any laws.

Mueller has done what the Senate cannot do--he has sent his people to interview Steele and he likely has a way to independently confirm everything in the dossier. If that actually happens, the impeachment of Donald Trump is up to the Republican Party. No, I'm not optimistic, either.

At the heart of all of this is the fact that the intelligence services that Steele followed and had contacts with were already hyper-aware of Trump's business dealings and links to the Russian regime. Not just "Russia" as in, some guys in Russia who do business. No, they were aware that Trump was in bed with, and I do mean up to his eyeballs in Russian prostitute urination videos, the Russian intelligence services and everyone connected to Vladimir Putin.

When you hear them deny, they are lying. When you hear the Trump people call this fake news, it is anything but. When you hear others decry the Steele Dossier, just laugh in their face. As this ramps up, keep in mind that not only did people outside of our government know Trump was filthy, plenty of people inside of it knew, too.

They didn't do enough to prevent Trump from happening. That's the reckoning we still need to have.