The Banality of Evil in Action 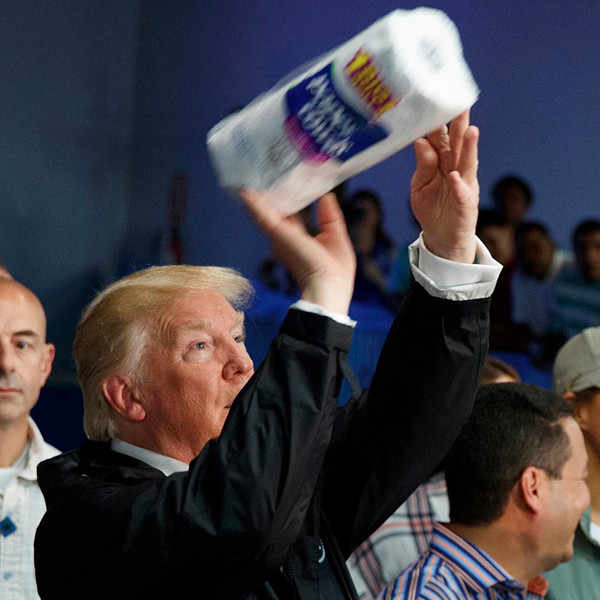 Nearly two weeks after Hurricane Maria pummeled the island of Puerto Rico, President Donald Trump touched down for the first time and immediately downplayed the devastation.

"Every death is a horror," Trump began, before comparing Puerto Rico's official death toll of 16 to "a real catastrophe, like Katrina," in which more than 1,800 people perished from the 2005 storm that ravaged New Orleans.

Trump's post-storm visit checked all the boxes: He was briefed by local and federal officials, toured a residential neighborhood to speak to locals about storm damage and doled out emergency supplies at a church. He did it all while lauding the disaster relief response.

Trump thinks he's being heroic by handing out supplies in a church. He sees nothing wrong with lofting paper towels into the outstretched hands of people he believes are there to admire him and validate his "good deed" for the day.

I have no doubt in my mind that, years from now, there won't be a single American who will admit voting for Trump or praising his efforts except for a handful of people who have been recorded doing so. There will be an outbreak of Trumpnesia, the sickening sense that one cannot remember thinking that voting for Trump would not lead to death and horror.