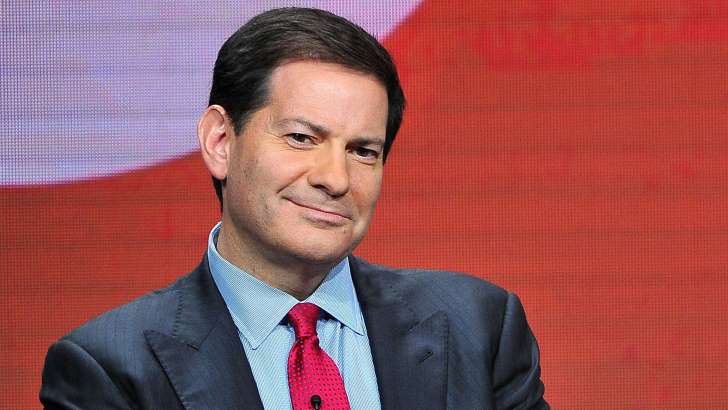 Good riddance to a sexual deviant and a predator:

The morning after five women accused veteran journalist Mark Halperin of sexual harassment while he was in a powerful position at ABC News, two more women came forward with their own allegations.

Those initial five accusers recounted sexual misconduct ranging in nature “from propositioning employees for sex to kissing and grabbing one's breasts against her will,” CNN reported. “Three of the women who spoke to CNN described Halperin as, without consent, pressing an erection against their bodies while he was clothed.”

Halperin denied some of the allegations listed in Wednesday evening’s story, but added, "I now understand from these accounts that my behavior was inappropriate and caused others pain.”

Halperin has essentially lost his ability to make a living, but don't worry. He'll find something to do at Fox News that will sustain him for a while. That's not much of a repercussion for this because, if you read the details about what Halperin did, you end up wondering why he isn't in prison or forced to register as a sex offender.

His procedure for sexually harassing women was to become erect and force women to sit on his lap. What normal man does this?

Halperin allegedly did this at work. He exposed his employer to lawsuits, just like Bill O'Reilly and Roger Ailes.

Halperin did this to the women who accused him. Women who were junior to him in status because he was allowed to by a corporate culture that was out of control. Yeah, we criticize the hell out of Fox News. Guess what, ABC News? You're not getting a pass here. And NBC never should have hired him in the first place.

We're not talking about a slap and tickle guy. We're talking about a man who became aroused in preparation for an assault on a woman. This was not "hey, why won't you go out with me?" This was, "I am going to violate you whether you like it or not." He used his power and influence to initiate contact with women and to silence them. I don't think it's possible to overstate how awful this is.

And that's a point that I don't think is being made. These are criminal offenses.

Halperin did these things, according to his accusers. This is the deviant behavior of a sick individual who needs to be stopped because he is a serial offender. I think the tendency of this society is to look at him as a white man and say, "well, he lost money, he lost his job, that's enough of a punishment." Hell no.

How many women are going to eventually admit they were assaulted? How many won't speak up?

Halperin used his power in the national media to stop women from complaining about his attacks and to silence them when they tried to speak out. The deviancy of his acts should, at the very least, lead to criminal charges and more.

When will the criminal justice system catch up to men like this?

And, you'll note that I don't give a shit about his politics. Liberal, Conservative--that doesn't matter. If he was to the left of me on the political spectrum, he would deserve prison for his actions. There's no pass for people who have agreeable politics or fantastic art. I'm sure there were those who tried to defend Harvey Weinstein because they agreed with him politically or because they feared that Hollywood would stop making the movies that he made, but that's not how any of this works. That's not how this should work.