It Was the Collusion, Stupid 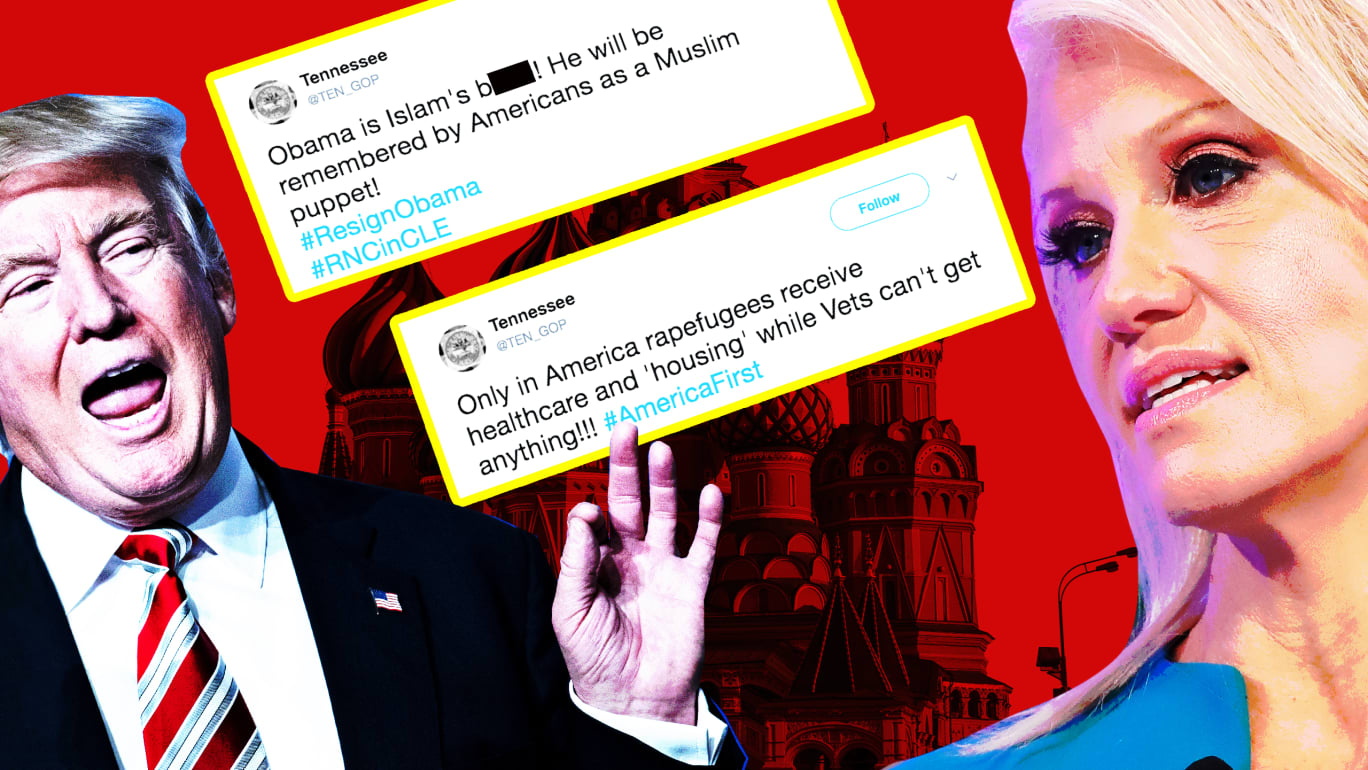 Some of the Trump campaign’s most prominent names and supporters, including Trump’s campaign manager, digital director and son, pushed tweets from professional trolls paid by the Russian government in the heat of the 2016 election campaign.

The account’s origins in the Internet Research Agency were originally reported by the independent Russian news outlet RBC. @Ten_GOP was created on November 19, 2015, and accumulated over 100 thousand followers before Twitter shut it down. The Daily Beast independently confirmed the reasons for @Ten_GOP's account termination.

The discovery of the now-unavailable tweets presents the first evidence that several members of the Trump campaign pushed covert Russian propaganda on social media in the run-up to the 2016 election.

“Mother of jailed sailor: 'Hold Hillary to same standards as my son on Classified info' #hillarysemail #WeinerGate” the tweet reads.

“Thousands of deplorables chanting to the media: "Tell The Truth!" RT if you are also done w/ biased Media!” the tweet read.

President Trump’s son Donald Trump Jr. followed the account until its closure on August 23rd of this year. Trump Jr. retweeted the account three times, including an allegation of voter fraud in Florida one week before the election.

At the risk of being laughed at by Glenn Greenwald, who can royally fuck himself from now till whenever, the link between the Trump campaign and the Russian government is as clear as a bell. They used cutouts, intermediaries, databases full of voter information, shared files, bags of money, and clueless social media platforms to steal the election. It's fairly easy to conclude that the entire election was stolen--stolen from the Democratic Party.

To this day, there are Republicans screeching about how the Honorable Mayor Richard J. Daley stole the 1960 election for John F. Kennedy. Why aren't more Democrats up in arms? I don't get it.

When I read articles like this, the scummy nature of the Republican and Russian effort takes on a new twist for me even today. Who thought it was a good idea in the first place? Who thought they were going to get away with it? Who was stupid enough to agree to it?

Hey, rule of law. Could you kick in, please? Hey, Mr. Mueller, hurry up, please. And Chris Cillizza--how do you even have a job, asshole?