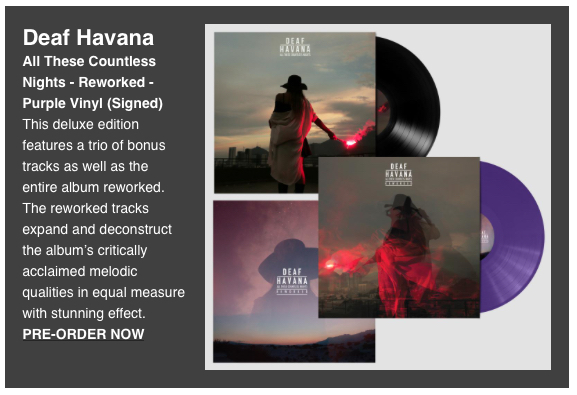 Deaf Havana is a rather unfortunate name for a band:

A new audio recording said to capture what was heard by some US embassy workers amid a series of attacks on American diplomats in Cuba is adding another layer of intrigue around the mysterious incidents that sickened at least 22 US diplomats and family members.

The recording -- obtained by The Associated Press and released on Thursday -- is the first publicly reported audio sample said to be related to attacks that, according to a US official, may have involved the use of an acoustic device.

The device was so sophisticated, it was outside the range of audible sound, the official said. And it was so damaging, the source said, that one US diplomat now needs to use a hearing aid.

But what remains unknown is what kind of device may have been used, where exactly it was placed, and who put it there.

Investigators continue to examine the circumstances surrounding as many as 50 attacks believed to have been carried out against the diplomats, a senior US official has told CNN.

I do not know for sure but I will simply speculate and say that this was Russian technology being tested in the field and used to drive a wedge between the United States and Cuba. There is a multi-front Cold War II happening right now, and it is being waged in every corner of the globe. If you want to have a country, you have to resist Trump and fight the new Russian threat.

Oh, and you'll probably want to change your band's name, too.