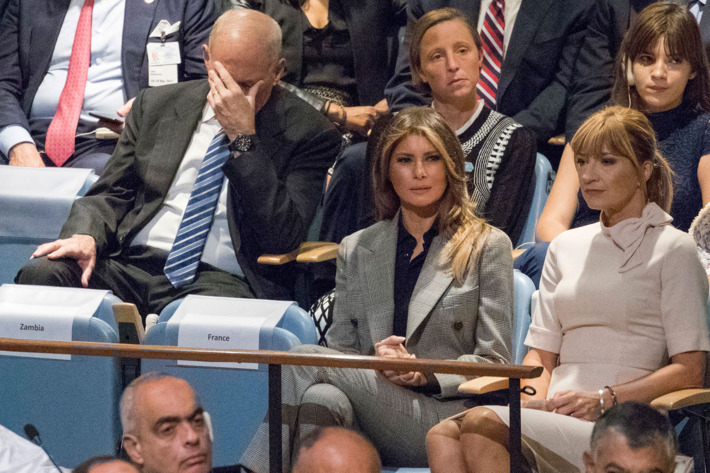 In a speech to the U.N. General Assembly on Tuesday morning, President Trump said that if “forced to defend itself or our allies,” the United States “will have no choice but to totally destroy North Korea.”

Using his new, Elton John–themed nickname for Kim Jong-un, Trump said that “Rocket Man is on a suicide mission for himself and for his regime.”

That should resonate with sane people everywhere. I know it won't register with Trump's base as anything more than yelling "America, Fuck Yeah" into a stiff wind. In the world of diplomacy and foreign relations, this is just Trump saying something to get people to not notice that his former campaign chief is going to be indicted and charged with serious crimes. No one takes him seriously. Except, of course, when the bombs start falling. Then, and only then, will all those people who laughed at Trump or voted for Jill Stein or didn't bother to fucking vote get it. They'll get it, alright.