Trump is Destroying Everything Decent in America 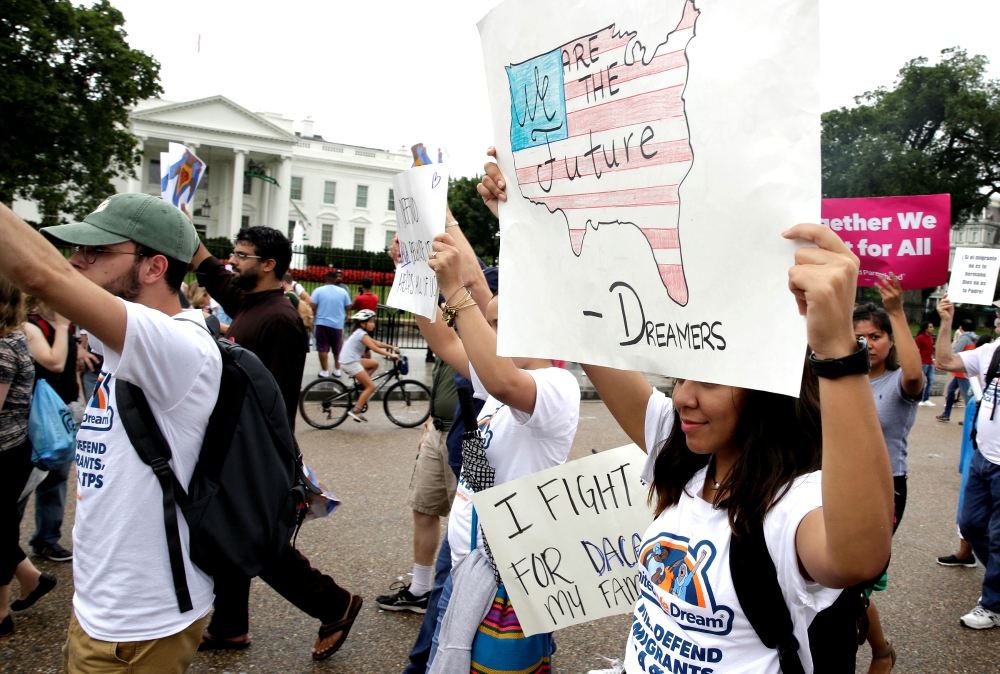 A few years ago, you would not have found me agreeing with Jennifer Rubin on anything:

if Trump cancels DACA, it will be one more attempt to endear himself to his shrinking base with the only thing that truly energizes the dead-enders: vengeance fueled by white grievance. And it will also be an act of uncommon cowardice. (“Should Trump move forward with this decision, he would effectively be buying time and punting responsibility to Congress to determine the fate of the Dreamers,” writes The Post.) Dumping it into the lap of the hapless Congress, he can try evading responsibility for the deportation of nearly 800,000 young people who were brought here as children, 91 percent of whom are working. (And if by chance Congress should save DACA, it will be Trump who is the villain and they the saviors, an odd political choice for a president who cares not one wit about the party.)

There are around 8,000 young people in the military who are there because of DACA. If we remove them from the service, we are harming our readiness and our ability to defend this country. But the problem will always be Trump, no matter what.

We are supposed to expect decency out of the Republicans who control Congress? Please.