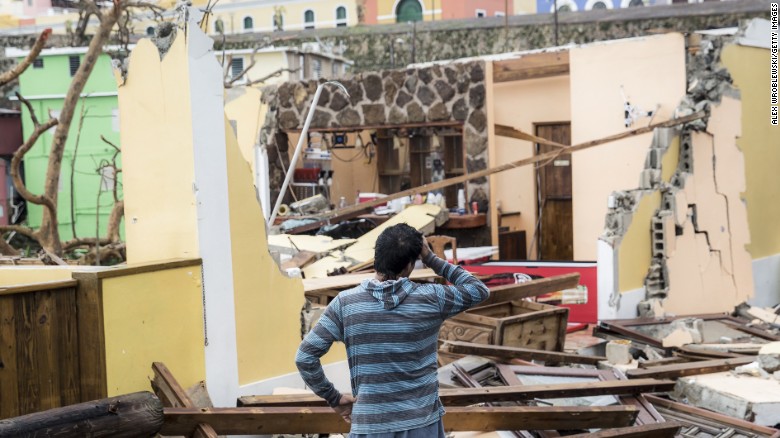 Our fellow Americans are struggling to get by after Hurricane Maria destroyed the island of Puerto Rico.

Our fellow Americans need the help of other Americans and they're not getting it.

Our fellow Americans have a president whose inability to say or do anything right is causing them unbelievable pain.

Look at this and know what it means to not be proud of your president:

US President Donald Trump has defended his response to the disaster in Puerto Rico, which has been ravaged by Hurricane Irma and Hurricane Maria.

Much of the US island territory has lost power, while residents say they are running low on medicines and food.

Critics have accused Mr Trump of being slow to respond, and of showing more concern for Texas and Florida after they were hit by hurricanes.

Mr Trump has announced he will visit Puerto Rico next week.

"That island was hit as hard as you can hit," he said, adding the US was sending food, water and supplies on "an hourly basis" to the island.

It tore through the island as one of the most powerful storms in nearly 90 years.

About 44% of the 3.5 million residents living on the island are still without clean drinking water six days after the storm barrelled through, the Defence Department said on Tuesday.

The mayor of San Juan, Puerto Rico's capital, told the BBC the island was "in a humanitarian crisis".

Americans should never stand by and let others suffer. We have an obligation to help everyone who has felt the devastation of this year's hurricane season. We should be sending everyone we have and we should be doing more than we should. And yet, this is what the President had to say about Puerto Rico: 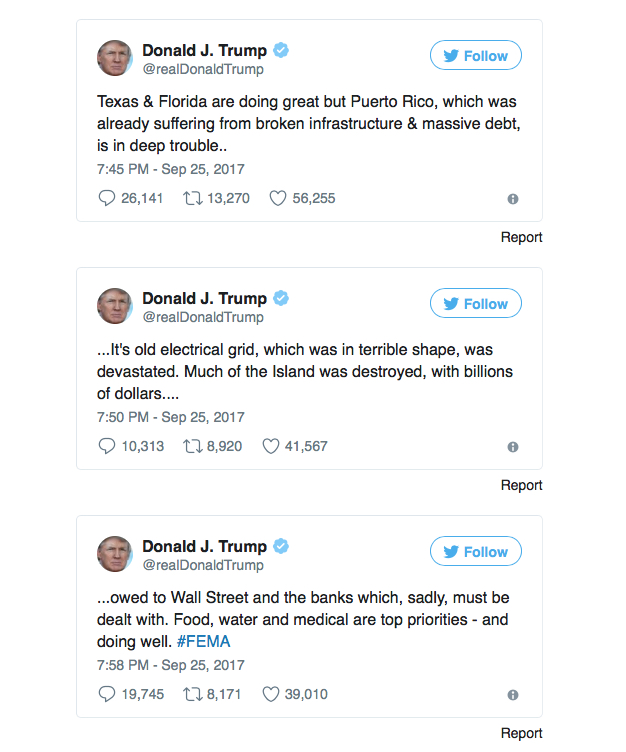 What an embarrassment. The fact that Puerto Rico owes some banksters money means what when people are dying from a lack of medicine? This means what in relation to the fact that there are entire sections of the island that have no drinking water?

Every American should be deeply ashamed that Trump is still president. What a fucking fiasco.