This Turd Belongs in Jail 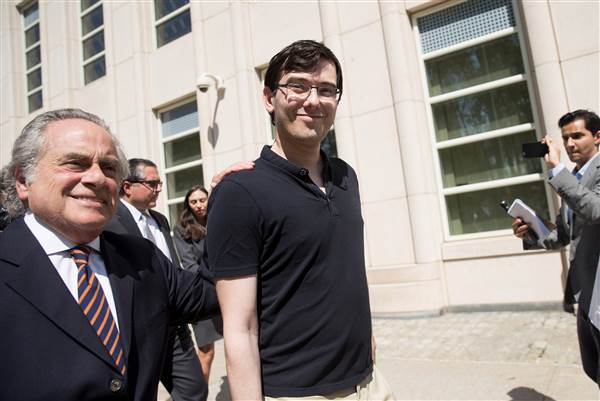 If you gave Martin Shkreli life advice, would he take it?

Former pharmaceuticals company CEO Martin Shkreli has had his bail revoked and is going to jail in New York while he awaits sentencing for a securities fraud conviction.

A judge at a Wednesday hearing sided with a government demand to jail Shkreli following his provocative online antics.

Shkreli's defense argued in court papers filed Tuesday his recent offer to pay a $5,000 bounty for a Hillary Clinton hair with the follicle falls under the category of "political satire or strained humor." The government calls the comments threats worthy of revoking the bail of the so-called Pharma Bro.

Shkreli is best known for hiking up the price of a life-saving drug and for trolling his critics online. He has said he feels "exonerated" despite his conviction.

Have fun in the slammer, turd boy.