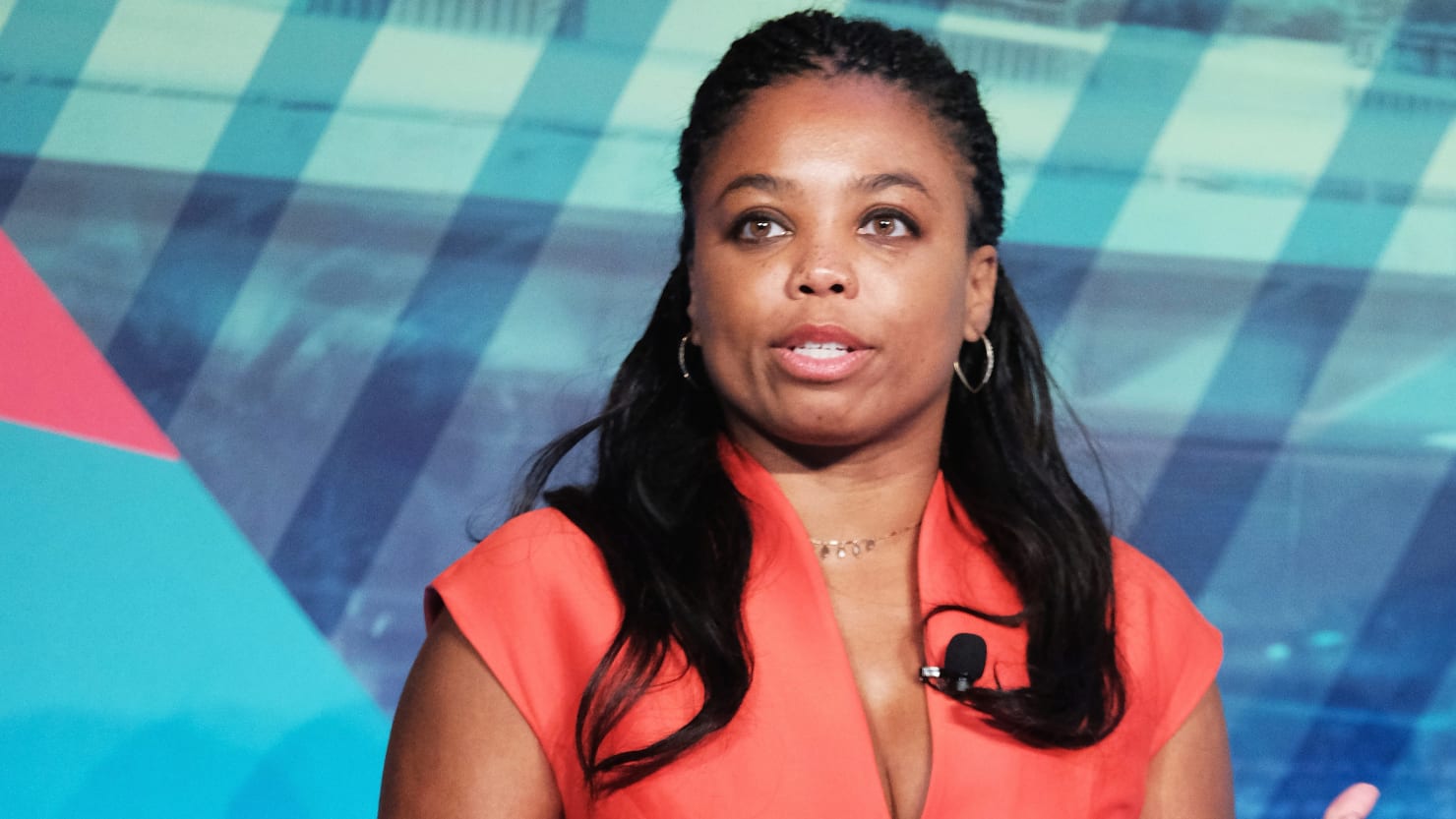 Jemele Hill has a right to saw whatever she wants about the President of the United States of America. He's not fucking Vladimir Putin. He's not a dictator. He works for the American people. He is subject to the rule of law. He is not the personification of the unitary executive. He's under FBI investigation, for crying out loud. He's a stumbling bag of circus peanuts. He's a white supremacist, full stop.

Trump should not be allowed to use his position to destroy Hill's career:

The president said on Twitter on Friday morning that ESPN "is paying a really big price for its politics (and bad programming). People are dumping it in RECORD numbers. Apologize for untruth."

Hill's assertion caused an uproar, particularly in conservative media circles, where ESPN's political bent has been a point of contention for years.

Wall Street analysts and ESPN executives generally agree that ESPN's subscriber losses are primarily a result of cost-conscious consumers and a changing business model. But the president, through his tweet on Friday, sided with the conservative commentators who say it's really liberal bias that is poisoning ESPN and dragging down the business.

White House press secretary Sarah Sanders, responding to questions about the controversy, has criticized Hill three days in a row.

First, on Wednesday, she said the "white supremacist" tweet was a "fireable offense."

The next day, on Fox News, Sanders said it was "highly inappropriate, and I think ESPN should take actions. But I'll leave that up to them to decide, and I'll stay focused on my day job."

On Friday, Sanders had lots more to say. She called ESPN "hypocritical" and alleged that the network "ESPN suspended a longtime anchor, Linda Cohn, not too long ago for expressing a political viewpoint."

If Trump really was Putin, he'd have his goons rough her up. Someone would commit an act of terror against her, or worse. Does Trump really think that, by focusing on her in this manner, that he is not putting her in danger?

Now would be a good time for someone to check Trump's power to destroy the lives of American citizens.