The Mad Pooper is a Trump Voter 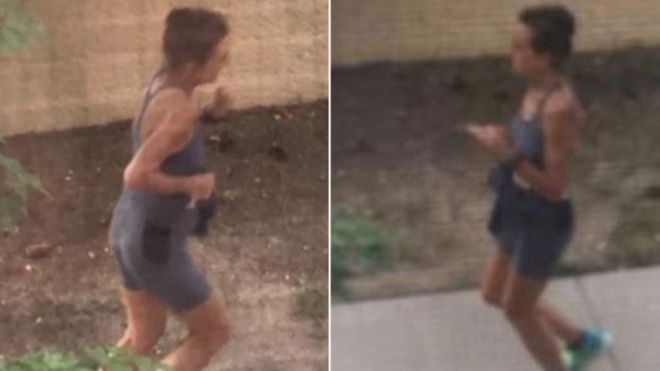 There is a woman in Colorado who cannot stop pooping in front of a house.

She poops in front of the same house, again and again, if you can believe it. There's no reason why this woman should have chosen this house, at least, none that anyone can identify. She has been caught there numerous times. She has been asked to stop pooping in the yard, but she won't. She has even been asked, in mid-pooping session, to quit doing this to the yard. It's one thing to pull down your workout clothes and do your business, but won't you think of the poor grass being affected here? Somewhere, there's a confused, traumatized dog who keeps running into this woman's scent. That's my yard to poop in, lady. Jeez.

The people who live in this house (watch their Zestimate plunge in real time!) are upset and they keep catching her doing it. There's no "allegation" here because they have the evidence. She's the mad pooper of Colorado Springs, and she will live forever now, because it's the Internet.

People seem baffled by this, but not me. I've seen this sort of thing before.

Police in Colorado are looking for a mystery jogger - dubbed "the Mad Pooper" - who keeps defecating outside a family's home.

Cathy Budde says the woman has left human waste in front of her property about seven times in recent weeks, even though there are public toilets nearby.

She says her children caught the runner in the act, squatting by their house in Colorado Springs.

The city police department said such behaviour is "bizarre".

Lt Howard Black told the BBC the suspect could be charged under a city ordinance banning public urination or defecation.

"I haven't come across anything like this in 35 years with the police department," he added.

He said it is not clear if mental health issues are involved.

So, let's think this through. Does this person seem to have a tendency to fit into the following criteria?

Complete disregard for others and for common decency?

Rejection of community standards in favor of self-satisfaction and self-gratification?

The cops won't do anything serious about it and nobody has thought to follow the woman home, poop in her damned yard, get her name, shame her, and use the power of common decency to get her to stop ruining life for everyone else. I mean, you poop in my yard, there's going to be retaliation. As that great American George H. W. Bush sort of once said, this aggression will not stand, man. Look where that got all of us.

It seems to me that this woman has a screw loose, can't stop pooping, won't listen to anyone, won't get help, and probably doesn't have anyone in her life who can take her aside and say, look, you're doing something crazy that hurts a lot of people for no good reason. You're acting like an asshole. Whether or not you're doing this on purpose, for God's sake, find a way not to poop in that yard. This has to stop or you're going to be humiliated because of your inability to stop pooping in the yard of some people who didn't do anything to you. In other words...

That's the whole life story of a Trump voter.

The philosophy of the Trump voter is as such: my life sucks, but I'm going to make sure your life sucks, too, so watch me poop in your yard and call that guy the N-word even though he's probably Mexican.

Now, I don't know for certain, but watch this space. If it turns out she's a Jill Stein voter, I'm just gonna laugh my ass off. Stein voters tend to have poor reasoning skills and I'm guessing there is a shortage of Whole Foods stores in that neighborhood where she could go.

If it turns out she's a thoughtful, introspective Hillary Clinton voter who is pooping in the yard of some Trump voters, well, we'll have quite a conversation, won't we?