Right Wing Bigotry and Hatred is Here to Stay 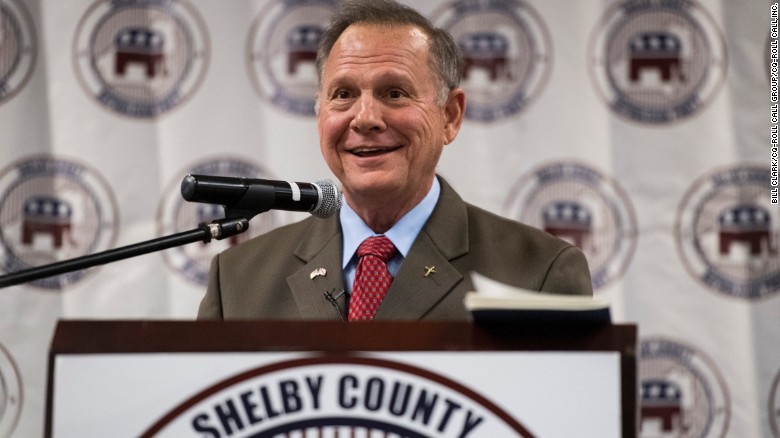 There are no religious conservative voters in Alabama who have a problem with this, I can guarantee you:

Roy Moore, a Republican candidate for US Senate in Alabama, has appeared multiple times on a radio show hosted by a controversial pastor who preaches that the biblical punishment for homosexuality is death.

Moore, the former chief justice of the Alabama Supreme Court, is in a runoff primary race against fellow Republican and incumbent Sen. Luther Strange. Moore is a hardline conservative, who made his name in Alabama by championing social and cultural issues popular with the religious right.

Moore has appeared on pastor Kevin Swanson's Generation Radio at least five times and as recently as this February, a CNN KFile review finds. Swanson is a Colorado-based pastor who on several occasions has preached that the biblical punishment for homosexuality is death. Most recently, Swanson tied Hurricane Harvey in Houston to the city having "a very, very aggressively pro-homosexual mayor."

Association with Swanson has in the past caused controversy, even for politicians who are religious conservatives. Texas Sen. Ted Cruz, at the time a candidate for the Republican presidential nomination, appeared at the Freedom 2015 National Religious Liberties Conference and was introduced by Swanson. At that event, Swanson said in a speech that, "In fact in Romans 1 Paul affirms that this particular sin (homosexuality) is worthy of death. The Old and New Testament, I believe both speak with authority and we outta receive it."

This insane hatred of others is a feature, not a bug with Republicans, but they keep getting elected. No Democrat could get away with this sort of thing, but a Senate candidate in Alabama running as a Republican? Hell, it's almost required that you be a flaming bigot before you raise one dollar for your campaign.