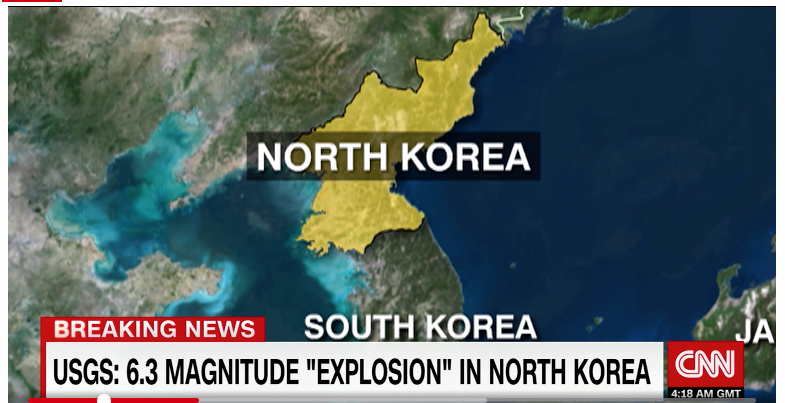 This is not good:

A magnitude-6.3 seismic event was recorded in North Korea Sunday that the U.S. Geological Survey says was a "possible explosion, located near the site where North Korea has detonated nuclear explosions in the past."

South Korea's Korea Meteorological Agency said it is suspected to be an "artificial earthquake."

A South Korean military official told NBC News that "we suspect that the artificial earthquake ... to be the 6th nuclear test."

It certainly doesn't look like the Trump regime really has a handle on things, does it? Trump has threatened the North Koreans, he's talked about sending ships to the region and he's generally acted like an impotent tin-pot dictator.

Is this the phony war Trump needs in order to distract the American people from his Russia problem?