Look What They're Doing to Senator Elizabeth Warren 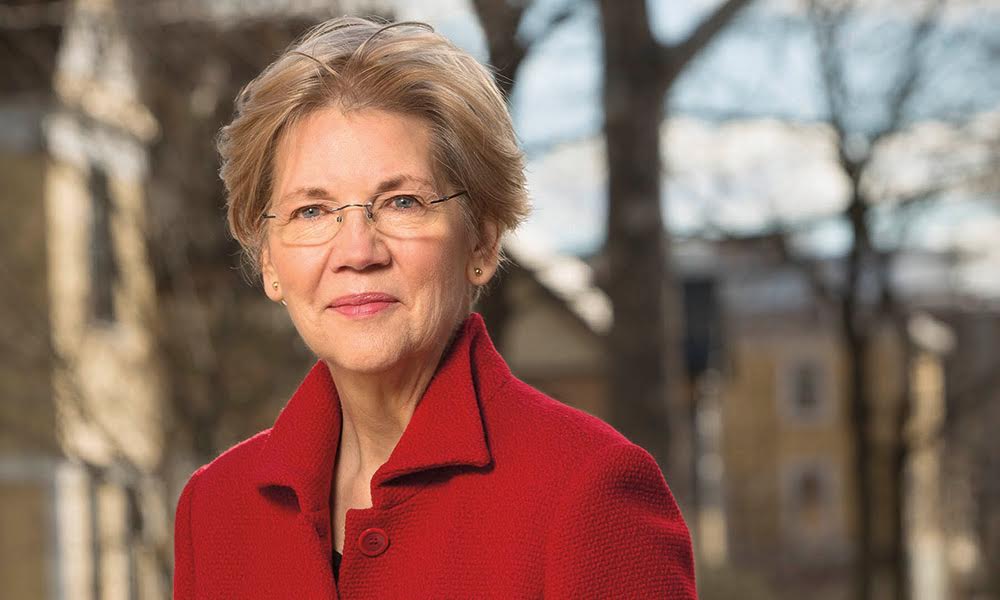 Republicans are doing their darnedest to make everyone think Senator Elizabeth Warren is no different than Hillary Clinton, and that, of course, is going to backfire on them:

The elite, ambitious candidate, saying one thing on the stump but another to wealthy donors, willing to cede big dreams for incremental, pragmatic fixes … You recognize her, right? Of course you do. She’s Massachusetts Senator and progressive firebrand Elizabeth Warren, who in the past few weeks has co-sponsored Bernie Sanders’s new Medicare for All bill, introduced a bill to preempt state right-to-work laws, prepared to take on leaders of Wells Fargo and Equifax on the Senate floor … and been hit with a blast of right-wing messaging and mainstream news coverage that feels positively uncanny.

The playbook that the right is running against Warren — seeding early criticism designed to weaken her from the left — is pretty ballsy, given that Warren has been a standard-bearer, the crusading, righteous politician who by many measures activated the American left in the years before Bernie Sanders mounted his presidential campaign. Warren is the candidate who many cited in 2016 as the anti-Clinton: the outspoken, uncompromisingly progressive woman they would have supported unreservedly had she only run. Yet now, as many hope and speculate that she might run in 2020, the right is investing in a story line about Warren that is practically indistinguishable from the one they peddled for years about Clinton. And even in these early days, some of that narrative is finding its way into mainstream coverage of Warren, and in lefty reactions to it.

It’s a literal investment, one that may mean that conservatives see Warren as among the most dangerous of their future presidential opposition. Last week, Politico reported on efforts by the right to obstruct plenty of potential Trump 2020 challengers, many of them up for reelection in 2018, including Ohio senator Sherrod Brown, New York senator Kirsten Gillibrand, and Minnesota senator Amy Klobuchar. But most notable was the $150,000 sunk by conservative hedge-fund billionaire and Breitbart benefactor Robert Mercer into a super-PAC called Massachusetts First, built specifically to target Warren.

With Warren, Democrats have a solidly progressive voice that has never backed down from a fight. She's good on television, she explains how people are being cheated better than anyone alive, and she's a fighter. But there are so many subtle things at work. The mere fact that they're going to spend millions making her look bad must mean that she's the very thing they fear--someone with the moral authority to call them on their bullshit.

More of that, please.

There's a tremendous amount of bias and sexism at work, and the article cited above goes into that. But here, for instance, is what happens when you Google her image. I just typed in "Elizabeth Warren" and scrolled down a bit. Here's what I got: 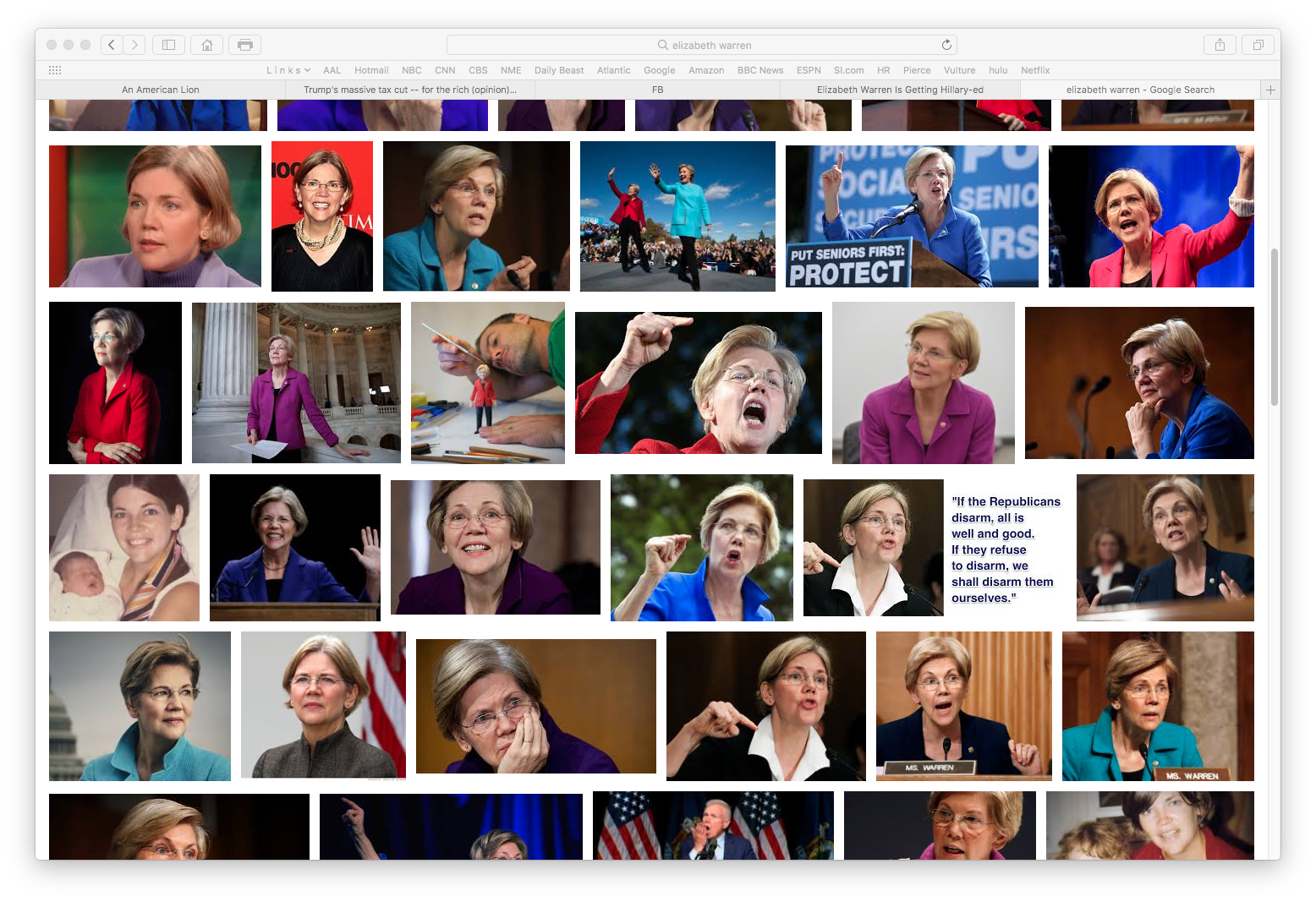 In many of these images, there is the stern, unsmiling Warren with her finger up, making a point. Is that because she's always yelling at white men about anything and everything or is this meant to paint her as humorless and painstakingly aggressive?

Are they trying to turn her into a nag, in other words?

I wouldn't put it past anyone to attack her for the very thing that makes her a great leader. Her ability to identify who is stealing from the American people and how they're doing it and why they're getting away with it makes her dangerous. I also think that her decision not to support Bernie Sanders means that she is smarter and savvier than people realize. She saw through him, and she didn't buy into the watered-down contrarianism that he was selling. The only way to help people is through the Democratic Party. Tearing down Democrats elects more Republicans, plain and simple.

It's up to Democrats to support her. If the shrill and desperate money people on the right think she's a threat, it means she's doing the right thing.