Let's Talk About How Trump Stole the Presidency 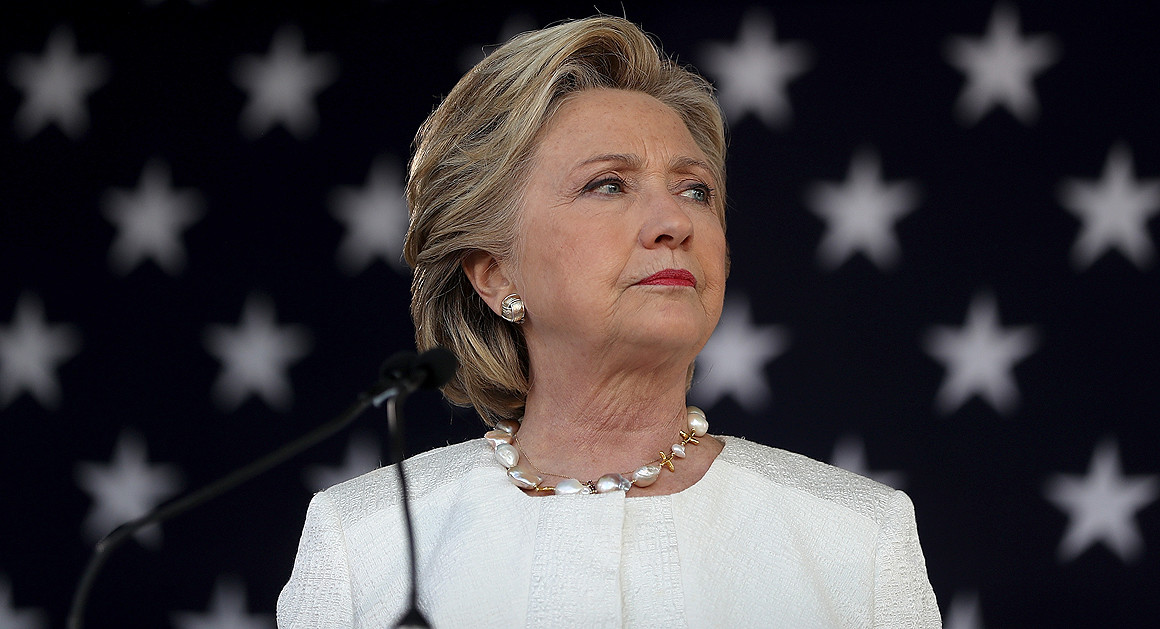 If there's one thing that drives Trump crazy, it's when you point out that he colluded with Russia to steal the American presidency. Hillary Clinton's new book sheds a lot of light on how that happened and how the media basically failed to protect the country from a massive scam:

President Donald Trump may be the only person in politics truly excited about Hillary Clinton’s book tour.

Democratic operatives can’t stand the thought of her picking the scabs of 2016, again — the Bernie Sanders divide, the Jim Comey complaints, the casting blame on Barack Obama for not speaking out more on Russia. Alums of her Brooklyn headquarters who were miserable even when they thought she was winning tend to greet the topic with, “Oh, God,” “I can’t handle it,” and “the final torture.”

Political reporters gripe privately (and on Twitter) about yet another return to the campaign that will never end. Campaign operatives don't want the distraction, just as they head into another election season. And members of Congress from both parties want the focus on an agenda that’s getting more complicated by the week.

But with a new NBC News poll showing her approval rating at 30 percent, the lowest recorded for her, Clinton kicks it off on Tuesday with a signing at the Union Square Barnes & Noble in New York. She’ll keep it going all the way through December, all across the country.

“Maybe at the worst possible time, as we are fighting some of the most high-stakes policy and institutional battles we may ever see, at a time when we’re trying to bring the party together so we can all move the party forward — stronger, stronger together,” said Rep. Jared Huffman, a Democrat who represents a Northern California district. “She’s got every right to tell her story. Who am I to say she shouldn’t, or how she should tell it? But it is difficult for some of us, even like myself who’ve supported her, to play out all these media cycles about the blame game, and the excuses.”

What a bunch of mularkey. Pay no attention to the fact that a Russian intelligence agency bought $100,000 in ads on Facebook to target people living in specific voting precincts as part of a precisely coordinated attack on our voting system. If Hannity had to write a Politico piece about Hillary, it would sound a lot like this and it would probably mention body bags, Mena Airport, and something-something Her E-mails. In other words, don't think of it as Hillary talking about things designed to give Chris Cillizza a stroke in mid-sentence. Think of it as a great opportunity to point out that Trump shouldn't even be fucking president.

There's something else that should be considered when we talk about Hillary's new book. Does she get her chance to say something about what happened? In America, we don't let women and minorities have their say. We downplay the effectiveness of their argument. We don't listen to their stories. We ignore them because it is ingrained in America's political discourse to turn away from the loser and embrace the winner. Unless of course the loser is a Republican who lost his chance to be America's best daddy ever.

No one would bat an eye if a white male wrote a book about his many, many grievances. White males write books about their personal problems, their highly important opinions about bullshit no one cares about, and their many, many anti-social hobbies. The discount aisle at Barnes & Noble exists solely to move all of the books written by white guys about how this or that was unfair to them and how they are mad at some nameless group of people who didn't fully embrace them and make them president or senator or king of all the Americas. There is a sexist double-standard at work when Hillary's opinions are dismissed without commentary. This is what makes women and minorities disappear into the fabric of American discourse, and forces them to work harder for the attention and the appreciation they deserve.

Oh, and if it wasn't for Bernie, she would be president. Think of this as a chance to meet that day of reckoning as well.