It's Up to This Man to Save Puerto Rico 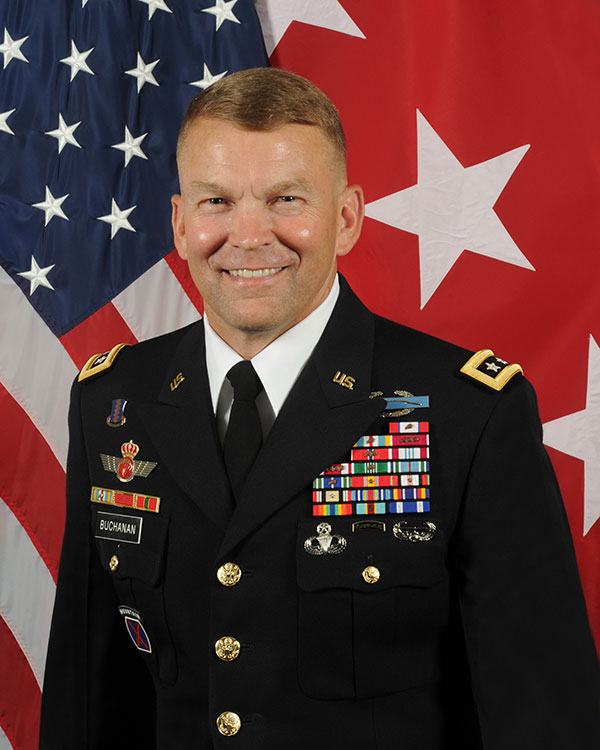 One day you're the commander of U.S. Army North, the next day you're in the middle of a hurricane-ravaged island, and you don't have enough troops to do the job:

The Defense Department has not sent enough troops and vehicles to hurricane-ravaged Puerto Rico but will soon send more, according to the three-star general newly in charge of coordinating the military response.

Army Lt. Gen. Jeff Buchanan said Friday morning that the Pentagon has 10,000 people helping with the response after Hurricanes Irma and Maria ripped through Puerto Rico and the U.S. Virgin Islands earlier this month.

"For example, on the military side, we're bringing in both Air Force, Navy, and Army medical capabilities in addition to aircraft, more helicopters. ... [But] it's not enough, and we're bringing more in.”

The Pentagon has already allocated more than 4,000 troops to help in rescue and restoration efforts to the U.S. territories, but it wasn’t until Thursday, eight days after Maria slammed the Caribbean, that U.S. Northern Command (Northcom) sent Buchanan.

That's a stunning admission, one that is both truthful and painful at the same time. It directly contradicts the "happy talk" from the Trump Regime and it puts a hard stop on the idea that things are normal right now.

I have to say that it is inherently unfair for the political leadership from Trump on down to the Department of Homeland Security and FEMA to bring in General Buchanan after more than a week has gone by and expect him and his staff to have things working instantly. The people of Puerto Rico need food, water, shelter and medical attention right now and the military has been placed in the impossible role of not only fixing a terrible logistics problem but also a public relations problem as well. When they can't deliver, the blame should be shifted to the military leaders on the ground. You can be damned sure that when they are able to deliver, Trump and only Trump will take the credit for their hard work.

Things are so crazy right now, I'm just waiting for it to leak out that Trump didn't want to help Puerto Rico because he doesn't think they deserve it and because they owe too much money to Wall Street.

The FBI made available 389 pages from a 1970s investigation of racial discrimination accusations against Trump Management Company, a real-estate business linked to President Donald Trump at the time.

A civil-rights lawsuit brought by the Justice Department against Donald Trump and his father Fred Trump in 1973 claimed that African-Americans and Puerto Ricans were prevented from renting apartments from Trump.

Yeah, as a New York real estate guy, Trump already has an opinion about the people of Puerto Rico, and I don't think you need me to tell you what it is.