Bernie Sanders Can Kiss My Ass 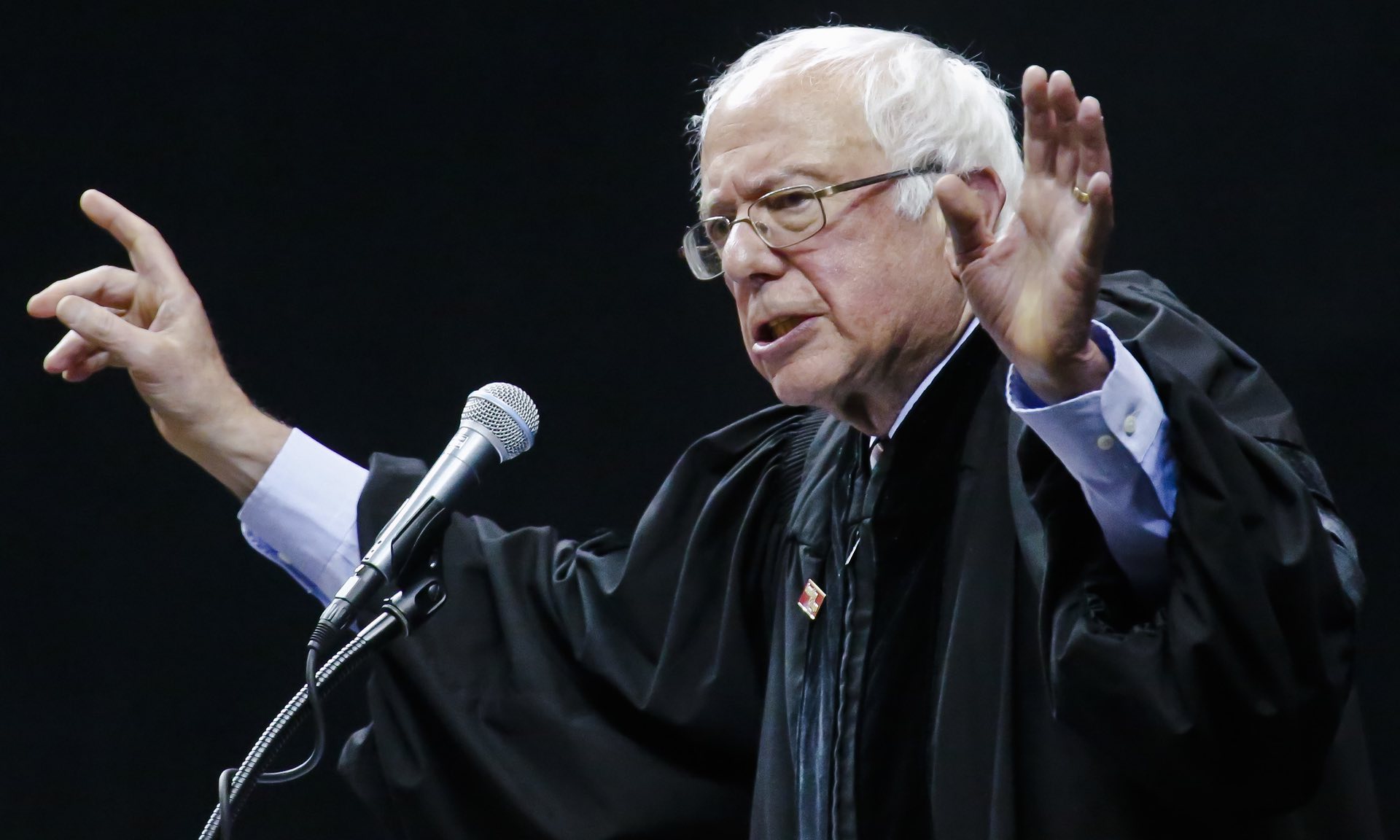 I just want to scream. Bernie lost--why doesn't he go away? The media wants Hillary Clinton to go away, but they don't want Bernie to stop ripping Democrats. How is that even remotely consistent? Jane Sanders is being investigated by the FBI. How is that not a reason, in and of itself, to ignore Sanders? Come on. The hypocrisy here is breathtaking.

Here's what he said:

Bernie Sanders has criticised the Democratic party’s current direction as “an absolute failure” in a speech at the People’s Summit in Chicago.

Speaking to a crowd of 4,000 activists, Sanders hailed the “enormous progress in advancing the progressive agenda”, saying the increasing House and Senate support for a $15 minimum wage and the opposition to the Trans-Pacific partnership showed the success of the movement.

But the Vermont senator said that establishment Democrats were standing in the way of further progress.

“The current model and the current strategy of the Democratic party is an absolute failure,” Sanders said.

“The Democratic party needs fundamental change. What it needs is to open up its doors to working people, and young people, and older people who are prepared to fight for social and economic justice.

“The Democratic party must understand what side it is on. And that cannot be the side of Wall Street, or the fossil fuel industry, or the drug companies.”

This from a guy who won't release his tax returns so that everyone can see that he's not making money off of Wall Street, the fossil fuel industry, or the drug companies. When it comes to ethics, Bernie just runs out the clock. And he's the guy with the moral authority to lecture Democrats? Nice work if you can get it.

This bashing of Hillary Clinton is wrongheaded and demonstrably ridiculous. How many stolen elections have you won? It's kinda hard to win an election when it has been stolen from you. And, oh by the way, did you hear that the election was stolen? Millions of people voted illegally, or so I hear.

The current model and and the current strategy of the Democratic Party is to put Bernie's guy in a leadership position at the Democratic National Committee. The current strategy is to oppose Donald Trump, save Obamacare, and elect more Democrats. Democrats are working their asses off to come up with ideas to create jobs. In case Bernie wasn't paying attention, we have a race in Georgia that he damned near monkey wrenched. In case he hadn't noticed, Keith Ellison, who is part of the leadership at the DNC, is out there trying to talk about a living wage. There are hundreds and hundreds of Democrats out there trying to make life better for the American people. The DNC has new leadership and new blood--Tom Perez literally threw everyone out.

Every time I turn around, there's a Democrat trying to save this country from ruin. That's what I support, that's what I believe in, and that's what needs to be done. If you still want to have a republic when all is said and done, you damned well better support the Democratic Party. All other options lead to ruin.

And that's still not good enough for Bernie? Kiss my ass.