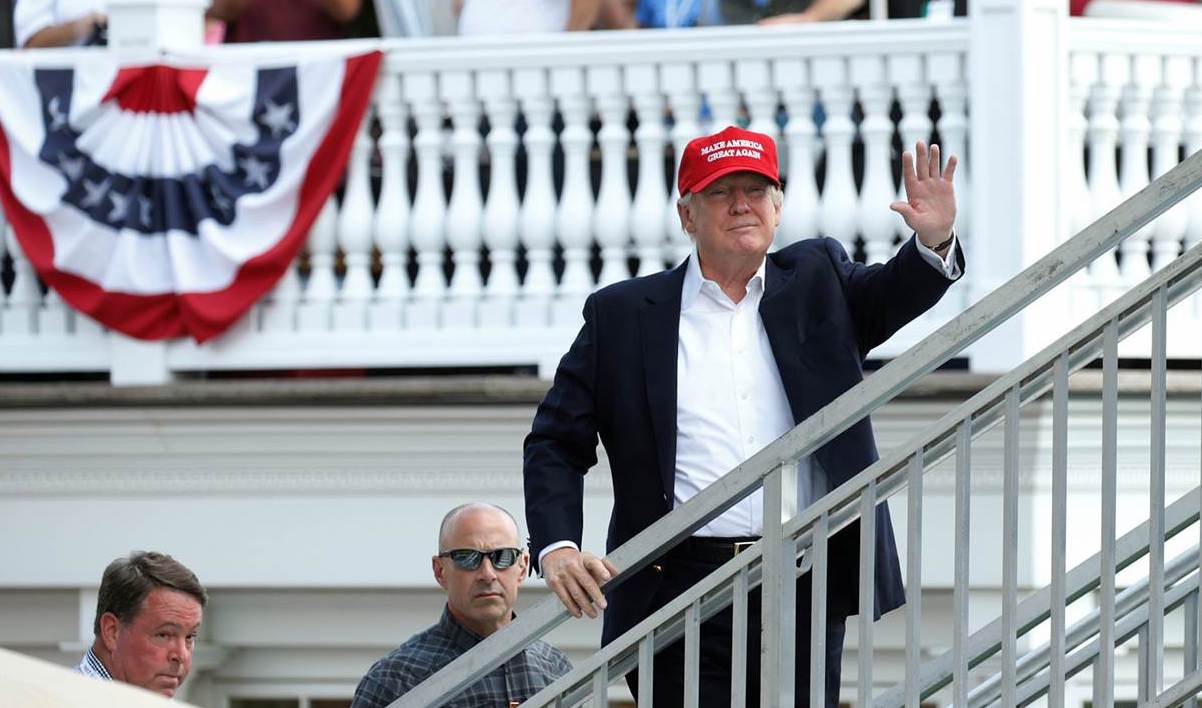 This is what it looks like when you are facing impeachment and ruin:

Barack Obama and Bill Clinton had Martha’s Vineyard, George W. Bush had his ranch in Crawford, Texas, George H.W. Bush had Kennebunkport, Maine, and Ronald Reagan had his getaway in California.

President Donald Trump, it seems, has his golf club in Bedminster, New Jersey.

The president and his family head to one of his favorite retreats Friday, Trump National Golf Club Bedminster, for what White House officials say is a 17-day “working vacation.” It’s just the latest in a string of visits the real estate-mogul-turned-president has made to his own properties since taking office.

Presidents frequently use August to leave town while Congress is out of session and the heat in the nation’s capital drags on during the dog days of summer. But Trump, more so than his recent predecessors, has shown little patience for the confines of the White House. Fifty-eight of his first 195 days in office have been spent at properties he owns, according to an NBC News count. Most of those were spent either in Bedminster or his Florida resort in Mar-a-Lago.

Thirty percent of Trump's time in office has been spent on vacation already. What's a few more weeks off when you are low energy, Russian-aligned, and about to watch Robert Mueller and a bunch of investigators tear your world into pieces and throw it back at you?

A man who cared about his presidency, his country, and his future would be working his ass off right now to change course and put things back on track. Not Trump. He's done. He's already chilling with his homies and ready to phone it in some more.