There Will Be No Second Term For Trump 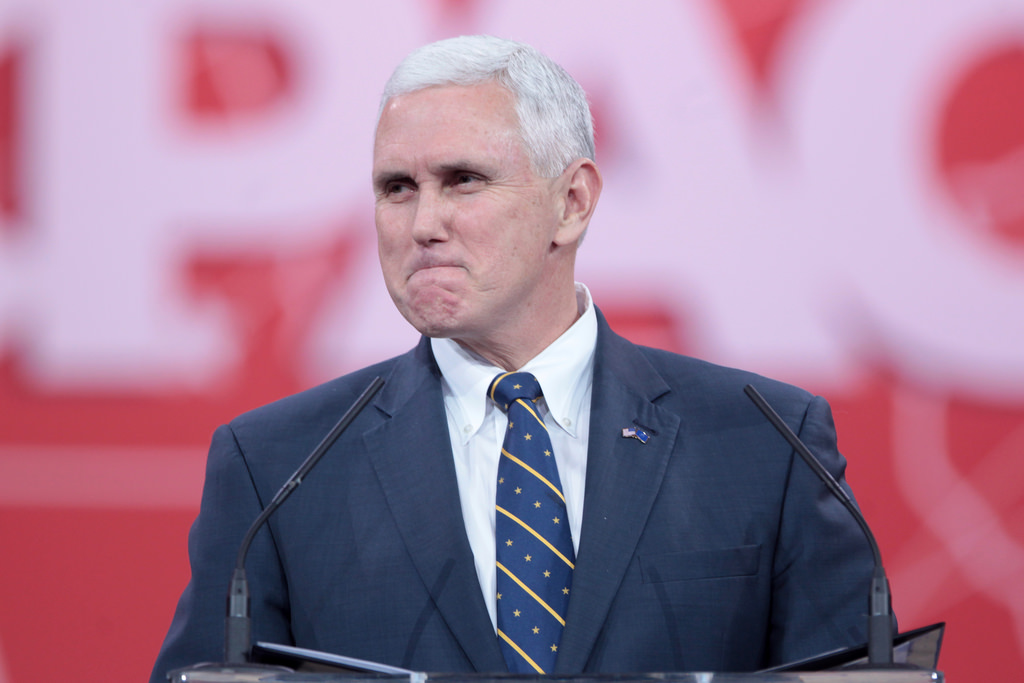 The real coup against Donald Trump is being orchestrated from within his own regime:

The New York Times published a story over the weekend detailing the "shadow" campaign underway among ambitious Republicans to be prepared in the event that President Donald Trump doesn't run for a second term in 2020.

The story mentioned that Vice President Mike Pence's "schedule is so full of political events that Republicans joke that he is acting more like a second-term vice president hoping to clear the field than a No. 2 sworn in a little over six months ago."

And that Pence -- via aides -- is making sure he's first in line if Trump bows out; "multiple advisers to Mr. Pence have already intimated to party donors that he would plan to run if Mr. Trump did not," wrote Timesmen Jonathan Martin and Alex Burns.

The three generals who run things--Mattis, Kelly, and McMaster--have no desire to be president. Their gentleman's junta is running things right now and they want everything to be smooth sailing for when the coup de grace is delivered and Trump has to resign. They are greasing the skids for the guy who comes in and hands them even more power while shitcanning the crazies aligned with Steve Bannon.

They know that the job is nothing but a headache. They know it will run against their abilities and their strengths. And anyone associated with Trump's failure as president will taint them so badly that running for the presidency is now impossible for dozens of people who might have entertained the thought.

Mike Pence, on the other hand, knows that a combination of voter suppression and the short attention span of the American people might open the door for him to run as president. After all, he's "not as crazy as Trump" and "we really need to heal America by letting go of past mistakes." I can see the campaign ads now.

The problem is, we're not even through with Trump yet and Pence has been caught creating his own campaign apparatus. He's assembling the team that will allow him to run at the head of the ticket and someone on the inside has figured it out and wants to sabotage his events. Either Kushner or Bannon made this move in order to put Pence back on his heels and keep him from raising money that, in their mind, ought to be going into Trump's empty coffers. These rats would tear out each other's throats for every last morsel.

I swear to God, if the Democratic Party would just pick a capable woman to run things, it wouldn't step on its own dick anymore. I'm sorry to be sexist, but this is a golden opportunity that, once again, is slipping through everyone's fingers. Stop attacking Democrats, and keep up the pressure on Trump and Pence. The future of this country deserves nothing less than a full court press on these assholes. Pence is just as bad as Trump, and worse, perhaps. At least Pence remembers what he wants to lie about.

Trump is finished, and Robert Mueller III will be the thing that finishes him. They all know it. They're just hoping they can wring a little more pocket change out of the American people before the whole thing is swept onto the ash heap of history.