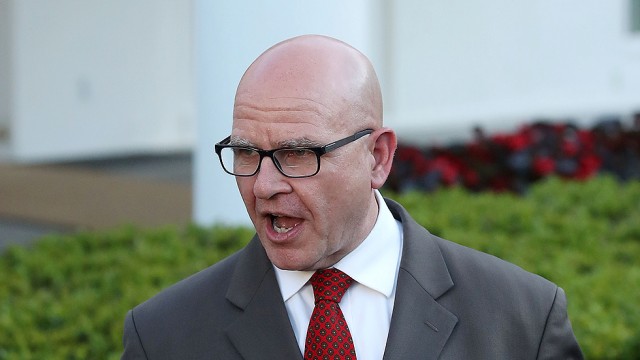 The animosity between McMaster and Bannon is nothing new. The two men have been at loggerheads since McMaster was named President Trump's national security adviser in April.

McMaster removed Bannon from the National Security Council's principals committee shortly after he was appointed.

At this point, who fucking cares? H.R. McMaster destroyed his professional reputation by accepting a job with the Trump Regime. The fact that he's involved in a pissing match with the unkempt wife-beater who used to run Breitbart is just proof it's a day ending in a "Y" and we're all just living the dream.